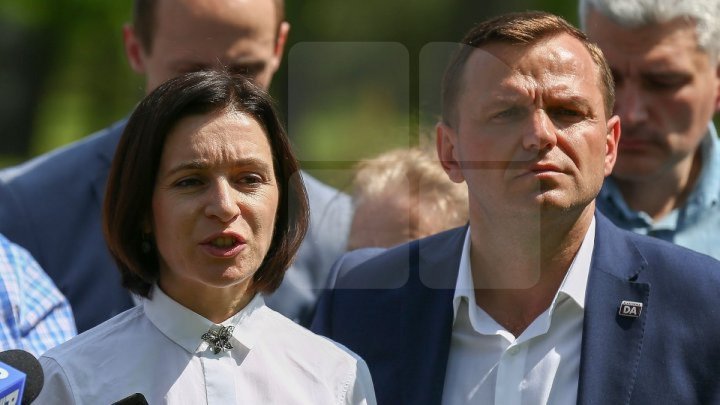 More citizens, especially voters for ACUM bloc, are let down after representatives of PAS and DA refuse any dialogue to form parliamentary majority which causes public discontent with politicians'commitments.

Citizens urge leaders of ACUM bloc to give up their ego and sit down at table as our country needs political stability and well-being.

"You should think for people who elected you. I think the bloc is making a big mistake."

"They have to work. We voted for them. They are making a great mistake now. The world has been fed up with promises".

Some people think PDM made a good offer to give in ACUM bloc the position Prime Minister in case PAS and DA agree for a dialogue.

"Maia Sandu and Andrei Nastase don't deserve the position prime minister. They're not experienced. Maia Sandu was at the Ministry. It's the best that Pavel Filip remains at the position. He's excellent. They are making a great mistake, they promised, they talked, they criticized but actually they did nothing".

Democratic Party of Moldova is the first party that invited PAS-DA leaders to negotiate a parliamentary majority right after elections, in order to ensure an efficient government, in line with people's expectations.

When the Constitutional Court confirmed the election results, PSRM asked ACUM bloc for dialogue about possible collaboration in the legislature.

Maia Sandu and Andrei Nastase all categorically rejected any discussion with other parties elected in parliament.