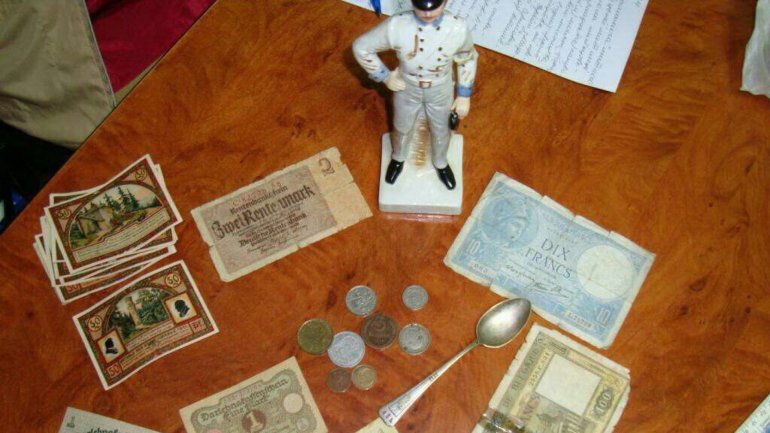 A 46-year-old citizen of Moldova, was caught at the customs of Ukraine, for trying to bring with himself old objects of cultural value.

Border police of Cernăuţ, Ukraine, have noticed that the driver of a Volkswagen car started acting nervous when approaching the customs.

Following this lead, they have carefully inspected the car and found multiple items brought from Ukraine. Among them counted coins dating 1894 - 1957, old banknotes, a spoon and an old porcelain figurine from 19th Century, wrote the Ukrainian Press.

For now the items were confiscated for inspection, which will determine the final decision.