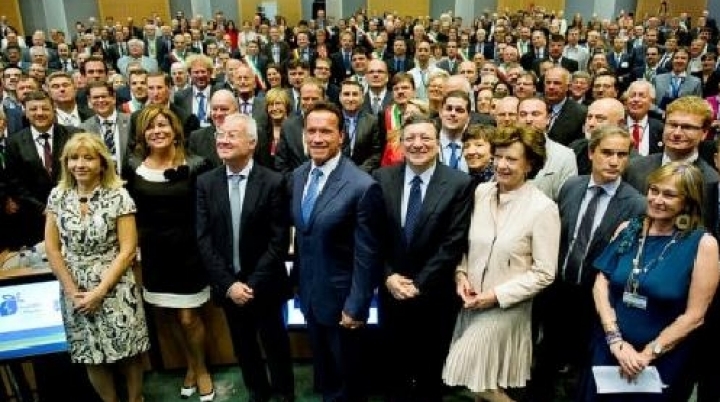 The Covenant of Mayors for Climate and Energy - an EU-led initiative described as the "world's biggest urban climate and energy initiative" - has already attracted over 250 new cities in the one year since it was relaunched, including municipalities from Ukraine and Moldova.

The Covenant of Mayors said the more than 250 new signatories included cities from over 20 different countries, such as Spain, Italy, Belgium, Greece, Ukraine, Moldova, Albania or Romania. Signatories have pledged to contribute to the concept of decarbonised and resilient cities, where citizens have access to secure, sustainable and affordable energy.

Participating cities have committed to reducing greenhouse gas emissions by at least 40% by 2030 by investmenting in energy efficiency and renewables, adopting an integrated approach to tackling mitigation and adaptation to climate change, and ensuring local authorities, from small municipalities to capital cities, implement a wide variety of urban settings.

The Covenant of Mayors for Climate and Energy is an avant-garde bottom-up initiative, that brings together local and regional authorities voluntarily committed to implementing the EU climate and energy objectives on their territory. The overwhelming majority of Covenant of Mayors for Climate and Energy signatories are small- to medium-sized cities, which have set themselves ambitious long-term climate and energy policies to improve the quality of life for their citizens.

Almost 7,000 cities, including from across the Eastern Partnership, are signed up to the Covenant of Mayors. Following a consultation process last year, new signatories now pledge to reduce CO2 emissions by at least 40% by 2030 and to adopt an integrated approach to tackling mitigation and adaptation to climate change.