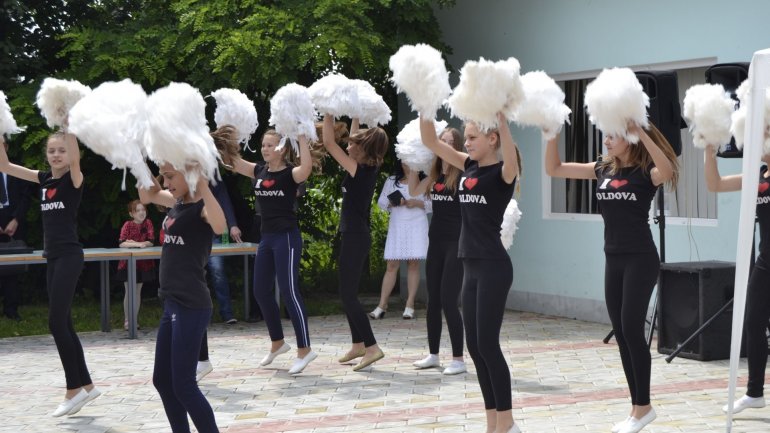 Last evening in the Ciocana sector of the Capital, young people lightened up day with music and dance. Within the "Dans în Aer Liber" ("Open Air Dance") festival where not only was a healthy lifestyle promoted, but the young people could enjoy the last moments of summer.

The children claim that they prepared for weeks to no end in sport facilities, in order to create the show that hundreds of people came to enjoy last evening.

"We have trained every Tuesday and Thursday for an hour with our mentor" a girl said.

The cherry on the cake became the performance of the young artists Iuliana Beregoi and Olga Verbițchi. The performers declared that they never miss an edition of this event, the summer vacation allowing them to prepare both for it and the new school year.

"-We participate here every year.- Had an awesome summer.- Same.-As the new school year begins we have to start concentrating on our studies.- We put everything we have in this and hope for the best, to combine music with school" Olga Verbițchi stated.

This event is supposed to promote a healthy lifestyle and create a holiday for the citizens of the Capital.

"We promote an active and healthy lifestyle, by doing something enjoyable, such as dancing and simply making the most of our lives" manager of the "Sin n Bro" dance group, Daria Prokina said.

"It is a dance festival, all those who won competitions in summer camp, now have the chance to display their skills in front of our citizens" chief of the Culture and Sport section of Ciocana,  Adelaida Boico declared.

All those who attended the festival are welcoming the idea:

"Such an event is welcomed in our sector, I have managed to see a surprisingly big number of talented children".

"My nice was part of the show. It's so nice that children can show off their skills in such events, to train and express themselves through dances".

It was the sixth edition of the Open Air Dance festival. Last year it had over five hundred participants.