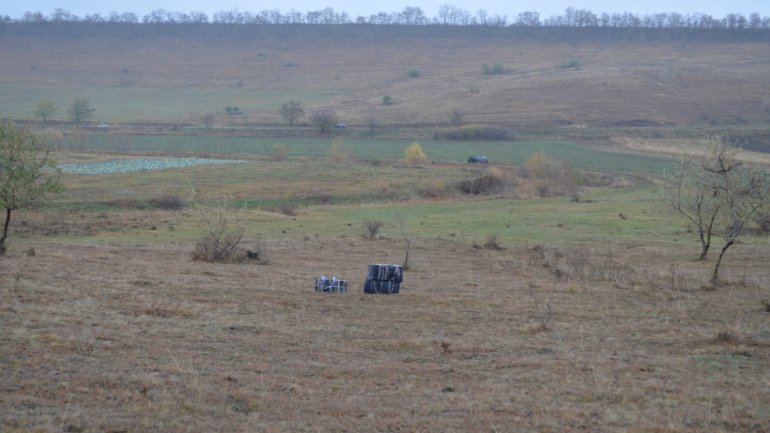 Border officers from Răducăneni district have found a citizen of Moldova who attempted to smuggle into Romania 1 845 packs of cigarettes, with the intention of selling them in Romania's black market.

On November 10, officers from Răducăneni have begun an operation to combat cigarettes trafficking.

A team of officers were immediately dispatched on site, where three suspicious parcels were discovered, near Gorban region.

After checking the zone, the two partners, an officer and his loyal K9, found a person hiding in the plains nearby.

The man was found to be an 18-year-old citizen of Moldova, who declared that along with another person, they have crossed Prut using a vehicle and continued walking for nearly 2 km, until the lights of border police have not spoken them, causing them to cast away the parcels and run away.

The young man also claims that that details regarding the parcel's delivery was not known to them, while for crossing the border they were supposed to receive 1000 MDL.

After investigating the contents, officers have discovered 1845 packs of Plugarul cigarettes, with Moldova's excise stamp, worth 21 thousand lei.

Border officers have opened a case under the pretext of smuggling attempt and illegal border crossing.

The young men was handed over to authorities from the neighbor state to establish the entire area and all people involved in the crime.