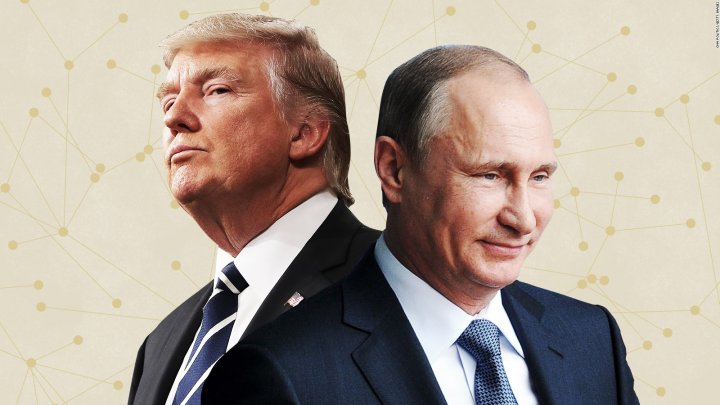 The director of the CIA expects that Russia will target the US mid-term elections later this year.

Mike Pompeo told the BBC there had been no significant diminishing of Russian attempts at subversion in Europe and the US.

He also said North Korea may have the ability to strike the US with nuclear missiles "in a handful of months".

The US intelligence community has said that it believes Russia interfered in the 2016 presidential election.

Mr Pompeo, who briefs the president most mornings, dismissed as "drivel" recent claims that US President Donald Trump was not up to the job.

The director's conference room on the seventh floor of the CIA's headquarters in Langley, Virginia, is lined with pictures of former directors and the presidents they served.

And Mr Pompeo is clear about his vision for the CIA under President Trump.

"We are the world's finest espionage service," he told the BBC.

"We are going to go out there and do our damnedest to steal secrets on behalf of the American people. And I wanted to get back on our front foot."

A year into the job, Mr Pompeo says his mission has been to unleash and unburden the CIA.

It is an agency operating in an unpredictable world - one in which intelligence assessments can be the basis not just for military action, but also political controversy.

Even though there has been co-operation in counter-terrorism (the CIA helped stop a plot in St Petersburg last year), Mr Pompeo says he still sees Russia primarily as an adversary, sharing the concerns in many European countries about its subversion. "I haven't seen a significant decrease in their activity," he said.

Asked if his concerns extended to the upcoming US mid-term elections in November, he replied: "Of course. I have every expectation that they will continue to try and do that, but I'm confident that America will be able to have a free and fair election [and] that we will push back in a way that is sufficiently robust that the impact they have on our election won't be great."

Mr Pompeo says the US is engaged in trying to counter Russian subversion. Some of this work was not the mission of the CIA such as helping people validate sources of information.

But the intelligence community was involved in identifying who was behind subversive activity, using technical means to suppress it and trying to deter Russia.

Mr Trump has been dismissive of claims of Russian interference in sharp contrast to the conclusions of the US intelligence community. So does the CIA director have to walk a fine line?

"I don't do fine lines. I do the truth," he responds. "We deliver nearly every day personally to the president the most exquisite truth that we know from the CIA."

Mr Pompeo briefs Mr Trump most days when they are both in Washington DC. The briefing covers current events and strategic issues.

Ahead of visits abroad or meetings with foreign leaders, the briefings aim to provide the president with what is described as "informational advantage".

Mr Pompeo is dismissive of the portrait painted in the recent book Fire and Fury which raised questions about Mr Trump's faculties.

"The claim that the president isn't engaged and doesn't have a grasp on these important issues is dangerous and false, and it saddens me that someone would have taken the time to write such drivel."

Mr Trump's use of Twitter and frank language about foreign policy has been unprecedented, including calling Kim Jong-un "rocket man" and boasting about the relative size of his nuclear button.

But Mr Pompeo argues such public pronouncements have helped impress upon both the North Korean leader and leaders of other countries the risks of the current situation.

"When you see this language that the president chooses to use, there are many audiences for it and... I assure you Kim Jong-un understands the message that America is serious."

Mr Pompeo said China was moving on the North Korea issue, as witnessed by recent votes at the UN, but there was still more they could do.

North Korea's nuclear programme is high on the agenda. "We talk about him having the ability to deliver nuclear weapons to the United States in a matter of a handful of months," Mr Pompeo says.

"Our task is to have provided the intelligence to the president of the United States that will deliver to him a set of options that continue to take down that risk by non-diplomatic means."

The president and senior officials were "mindful" of the fact that all-out conflict could lead to massive destruction and loss of life, Mr Pompeo said.

When asked if it might be possible to remove Kim Jong-un or prevent him from being able to launch nuclear missiles, he replied: "Many things are possible" - but did not elaborate further on what that might mean.