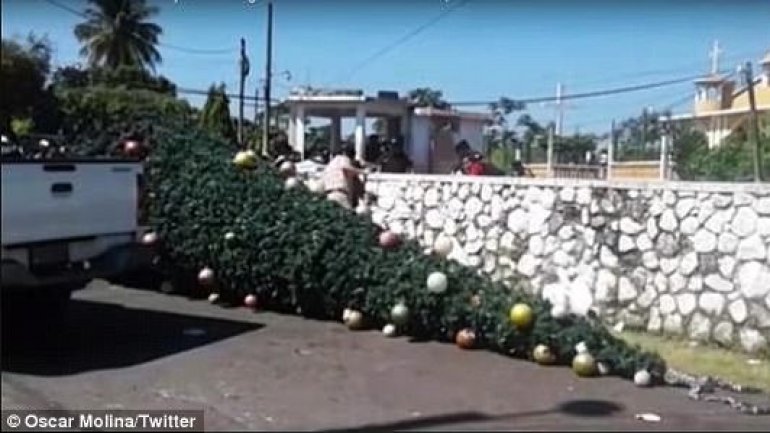 Five people have died after they were electrocuted while decorating a large metal-framed Christmas tree in Guatemala, wrote dailymail.co.uk.

The four men and one woman were hanging ornaments on the large tree when it made contact with an overhead power line in the hamlet of El Carmen Frontera, near the border with Mexico.

Volunteer firefighters in the town confirmed the deaths of the four men and one women, who were all aged between 17 and 24.

Spokesman Mario Cruz said one of the victims accidentally touched an overhead power line which caused electricity to surge through the metal-framed tree killing the five victims.

An investigation has been launched into the accident.

None of the victims have yet been formally named by officials.