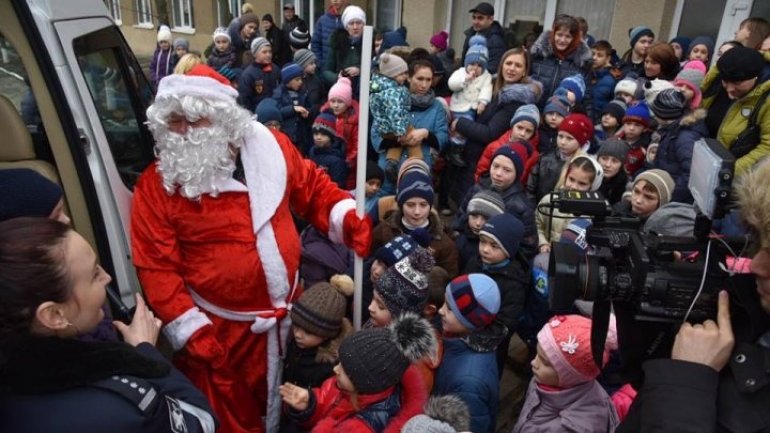 The Christmas caravan, carried out by the police, at the initiative of Prime Minister Pavel Filip, arrived in Grozeşti village, Nisporeni district. More than hundred children received gifts from Santa Claus, who came along with PGI employees.

In addition to gifts, children have been taught how to react in dangerous situations.

"In a stressful situation, people usually lose control and don't know what to do. We should shout loud for help", said PGI specialist Daniel Mazepa.

Some children admitted that sometimes they do not follow security rules.

The mayor of the village thanked the authorities because they cheered the children up.

"Together with entertainment, they created educational measure, public order. The law is present in our country and children have to feel this through messages of the policemen," said the Mayor of Grozeşti village, Silvia Cîşmaru.

The Christmas Caravan organized by the Government was held during the winter holidays.

During this time, police officers visited several localities in different districts, where they spoke to the kids and gave them gifts.