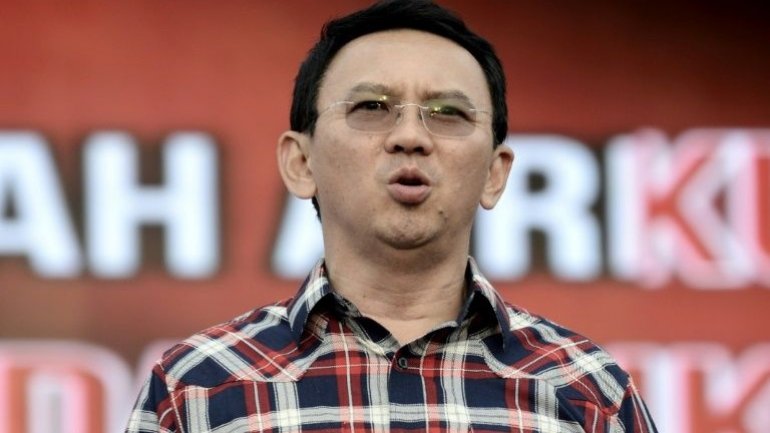 Jakarta's Christian governor will fight to cling on to his job at polls this week despite standing trial for blasphemy, in a saga that has fuelled concerns about religious intolerance in the Muslim-majority nation.

Basuki Tjahaja Purnama will Wednesday face two prominent Muslim candidates in the race to lead the Indonesian capital, a megacity of 10 million, as local elections take place across the country.

But the Jakarta ballot has become about much more than whether the city's first non-Muslim governor for half a century, and its first ever ethnic Chinese leader, will continue in his job.

The run-up has been overshadowed by anger at claims Purnama insulted the Koran, that sparked huge protests by Islamic hardliners and led to the governor being put on trial in a case criticised as unfair and politically motivated.

Purnama has not been barred from running but his lead in opinion polls has shrunk, and the vote is now seen as a test of whether much vaunted pluralism and a tolerant brand of Islam in the world's most populous Muslim-majority country are being eroded.