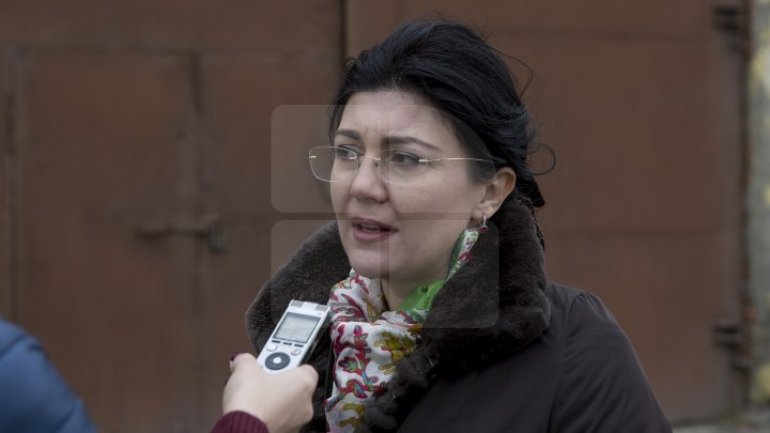 A new scandal on the Visarion Belinski street in Chisinau. Interim Mayor Silvia Radu, together with a commission went to check the building violations. This was after local people filed regarding illegalities in this building. However, the official couldn't enter the territory as construction company's lawyers blocked her the access.

"We will take measures to open contraventions on the part of builders for disrespecting the access and prevent legislative execution regarding rule control on this construction", declared Silvia Radu, Interim Mayor of Chisinau.

According to local people, this nine-story dwelling block is built in residential area where there are only local houses.

Residents say the cracks appeared on their house walls because of the works:

"You can see a lots of cracks in the houses. An architect informed us that the house is going aside, because there are no concrete pillars next to them."

"I think the construction beneficiary should come up with a proposal to modify the project documentation, which will be accepted by the neighbors in that land" said Alexei Turcan, deputy chief architect.

In 2014, when the company began their work, 56 signatures were collected and presented by the locals in the area meaning their agreement with the construction. However, people claim that the signatures were falsified and they've filed to the court. At the moment, the works are stopped and the case is at the Court of Appeal.