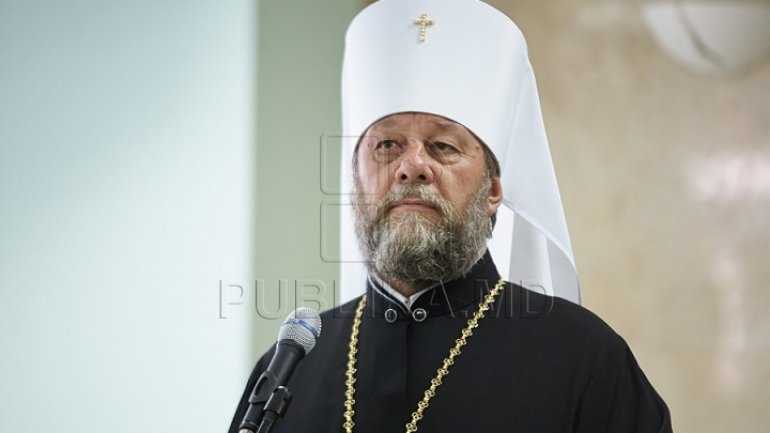 The High Priest of Chisinau and whole Moldova, Vladimir is not against the idea of our country building a crematory, if there is no more space in cemeteries.

Still, it can only be used in certain cases, as the Church wishes for the deceased people to be buried and not cremated.

"It is not an acceptable thought in Republic of Moldova, but when there is not enough space, when the cemeteries are filled, only then, as an exceptions, we can accept such methods, but it is still more favorable for a body to be buried in a coffin, in a graveyard, with a cross above their heads" High Priest of Moldova Vladimir declared.

Chief of the Funeral Services Association in Chisinau says that the construction of a crematorium near the St. Lazarus Cemetery in the capital is currently under construction.

According to her, due to the lack of places in cemeteries, more and more Moldovans are interested in incinerating the dead.

"Every day we have around 40, 50 people who come only to us, half of them want crematorium construction. We will now try to carry out this project, we are at the first stage, we have not yet found people to do it, "said the head of the Funeral Services Association, Chişinău, Ludmila Botan.

If the project is approved, the crematorium will be built on the site of the forest in the  Gratieti village, which has an area of eight hectares. After incineration, funerals will be deposited in a specially built wall beside the crematorium. Construction costs could amount to one million euros.

Representatives of funeral service companies are neither agree nor disagree with crematorium construction. However, they argue that the number of death incineration applications remains constant every year.

"Every year we have 12 to 15 cremations, from the point of view of our organization as a commercial unit, I think it will not change anything, for the cremation we have to buy  coffin, cross, crowns. The service does not change," said Ritus executive director Elena Murafa.

Moldovan have various opinions about crematorium construction in Chisinau. While some favor this project, others disagree due to religion reason.

"I totally agree. That's how it is done in Italy and all over the place, you burn the dead and save the space..

"I am against, I am a Orthodox believer, I want land to bury the dead."

We reminds that authorities plan to build a crematory near "Sfântul Lazăr" cemetery from the Capital.

This project will soon be decided upon.

At the moment, there are few remaining spots that can be used and the municipal councilmen decided to purchase 37 hectares to expand the cemetery which Chisinau authority has to pay 40 million lei to Grătieşti City Hall. Money must be paid until 2022.