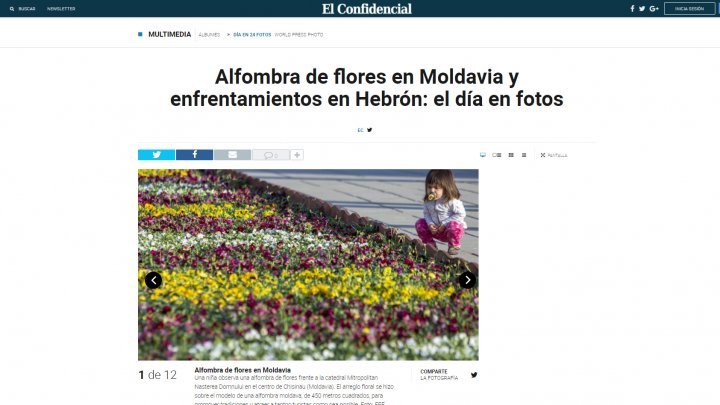 The floral carpet installed in the Cathedral Square by Silvia Radu has arrived in the international press. A photograph of a little girl who admired the floral arrangement in the center of the capital appeared in the Spanish publication El Confidecial.

Silvia Radu came up with this initiative to attract tourists and proposed that this should become a tradition in Chisinau.

The composition stretches over an area of 450 square meters and counts over 200 thousand pansies.

Earlier, the Mayor was accused of having spent an enormous sum for the carpet.

In response, Silvia Radu said on Facebook post that the flowers were bought legally, and on Tuesday they will be planted in the city's parks.

Radu mentioned that the amount allocated is lower than the one spent in the past years by the City Hall, when decorative plants were purchased for the beautification of the parks.
AFLĂ imediat Știrile Publika.MD. Intră pe Telegram