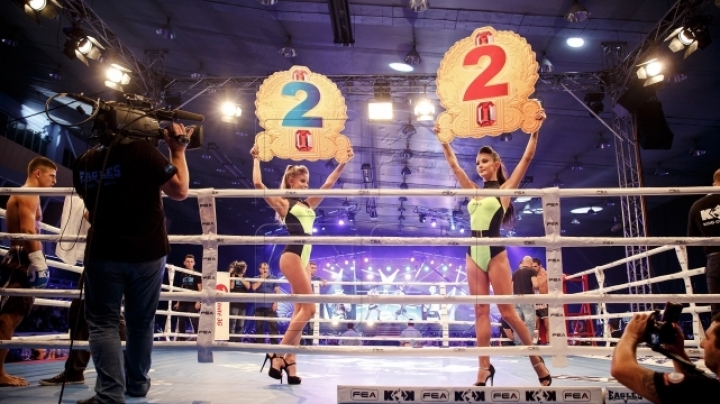 Emotions got high on the eve of “The Eagles Fighting Championship” in Chişinău. The Moldovan Daniel Filipschi and the Hungarian Feneys Zsolt “exchanged” thuds and looks.

The Moldovan MMA fighter Vasile Botnaru and the Romanian Andrei Vasincă almost put on a fight during the official presentation.

The sportsmen got weighed and medically checked.
12 matches are scheduled at the event. The one between the Moldovan Vlad Popovschi and the Ukrainian Maxim Sergeev is among the most interesting ones.

“The Eagles Fighting Championship” from Chișinău started on Friday, May 27.