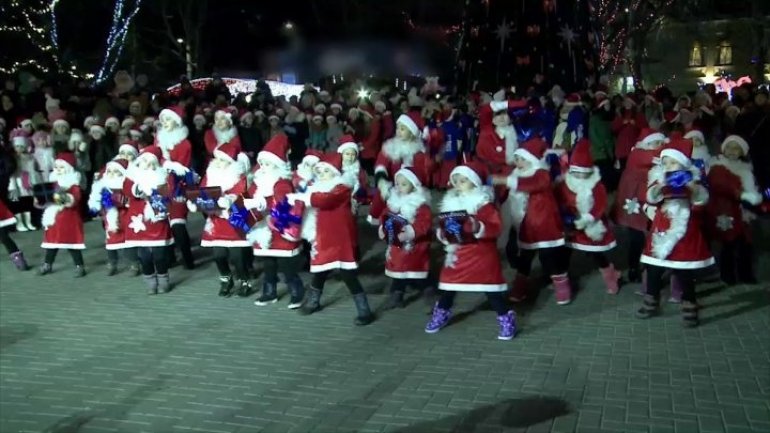 More than 250 children dressed in Santa Claus last night in the square of the National Theater of Opera and Ballet Maria Biesu. The event was organized on the occasion of the inauguration of The City of Story in Chisinau. Visitors enjoyed a lot of fun, music and competitions where they got lots of prizes.

"It's especially good for kids," said a kid's father.

"Bravo!!. It was very interesting and beautiful," said a kid's mother.

According to the organizers, this winter's The City of Story will recreate the holiday atmosphere of several European capitals such as Paris, Prague, Berlin and Rome.

"We will organize different and interesting activities. There will be more artists and children on the stage," said the event's organizer.

The City of Story in the center of Chisinau will be open until January 25th.