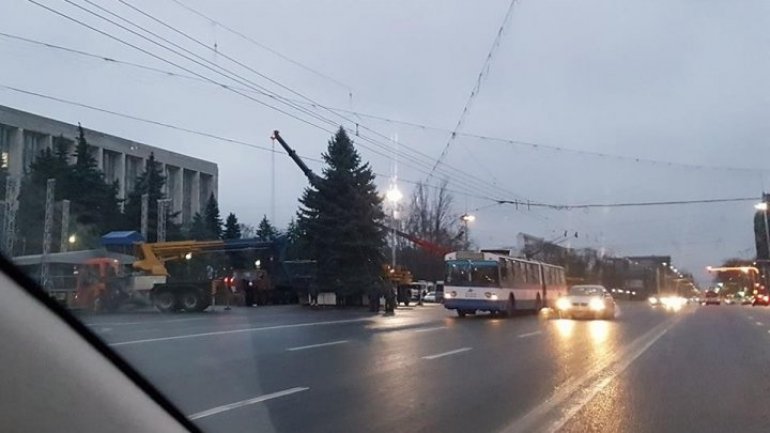 We installed a fir tree in the Square of the Great National Assembly in the morning and the another one in the evening. The awaited Christmas tree from Ukraine came damaged.

On the way, the workers were cutting off some branches, because it did not fit on the platform.

Because of this, the municipality had to cut another spruce, which will replace the one from Ukraine.

Interim Mayor Silvia Radu said that the guilty were some liberals and demanded those to be immediately dismantled.

The Interim Mayor wrote on a social network the game was played by some high officials of Liberals. Moreover, she pointed out that how worst the tree has been in 10 years, how worst the capital has been led in the same period.

In reply, PL said that spruce was in a deplorable condition, because it was too big and did not fit into the train wagons. Willing to find a solution as soon as possible, officials bought a Christmas tree from a kindergarten yard in the Botanica sector. The tree cost 15 thousand lei.