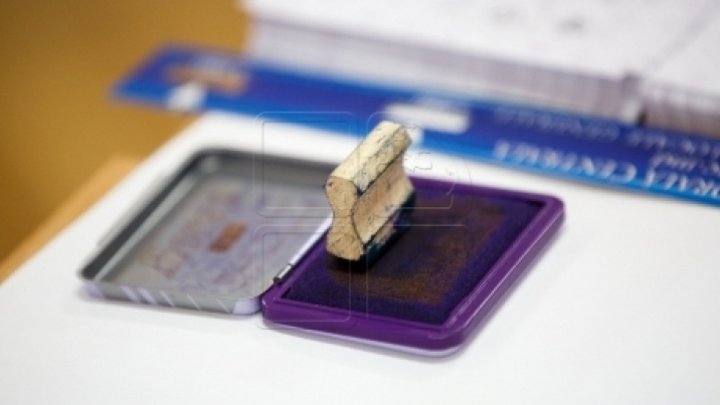 More than 630,000 Chisinau inhabitants are expected to cast their votes for the mayor. The same number of 32-cm vote tickets are printed. The vote takes place until 21:00.

Most voters are registered in the Botanica and Râşcani sectors, 136 and 118 thousand, respectively. There are 119 thousand voters in the suburbs. Roughly 7,500 young people aged 18 in the city will vote for the first time. Requests for the mobile ballot box maybe submitted by 15:00.

In total, 312 sections were opened. Mostly, 70 in number, are in the Botanica sector. There are 53 polling stations in Râşcani, and in the Center sector - 42.

Buiucani residents vote at one of the 41 offices. So many were arranged in Ciocana, and in the suburbs there are 65 polling stations. Most were located in schools, kindergartens, theaters, cultural houses and sanatoriums. One is even in a fitness room in the Botanica sector.

According to the CEC, 22.5 million lei was allocated for the elections in Chisinau and Balti municipalities.

11 candidates craved the mayor's office of the capital, which remained free in February, after Dorin Chirtoaca's resignation. Most of them, namely 10, are members of political parties. Only one candidate runs independently.

The first in the ballot paper is the president of the Party Home Democracy, Vasile Costiuc. He is 36 years old, graduated from the faculty of history of the Ion Creangă Pedagogical University, and in 2011 he founded the his party.

Next on the list is PPDA leader Andrei Năstase. He is 42 years old, married and has three children. The profession is a lawyer. He started his politic career in 2015.

Another candidate for the mayor's office is Alexandr Roșco, a member of the Our House Moldova Party, who is a lawyer.

On behalf of the Liberal Party, former deputy and minister of the environment, Valeriu Munteanu, is running. He is 37, married and has four daughters. He has studied in Romania and is licensed in law.

The former PSRM municipal councilor, Ion Ceban, born in 1980, enrolled in the race. He graduated from the Faculty of Mathematics and Computer Science of the State University of Moldova and the Academy of Public Administration attached to the President of the Russian Federation. He is married and has two children.

Another registered candidate is Victor Strătilă, member of the Ecological Green Party. Previously, he served as Vice President of the National Integrity Council. Strătilă is 50 years old and is a legal practitioner.

Businesswoman Alexandra Can, wants to become mayor and deputy chairman of the National Liberal Party. She is an economist and in 1999 she held the position of Minister of Industry and Commerce.

The youngest candidate at the City Hall of Chisinau is Maxim Brăila, 25 years old. He was proposed by the People's Party of Moldova. At the age of 18 he ran for the position of counselor in the Chisinau Municipal Council, from the same party.

The only independent candidate is former interim mayor of the capital Silvia Radu. Born in 1972, Silvia Radu was president of Union Fenosa during the years 2008 - 2015 and participated in the presidential elections two years ago. She is married and has three children.

And the Russian-Slavic Party of Moldova proposed Alexandru Mîțu. He is originally from the Rezina district. Since 1995, he has settled in Russia, where he runs a construction company.

The last one in the ballot is the candidate from the National Unity Party, Constantin Codreanu, who since 2016 is a member of the Romanian Parliament. He is 36 years old and is a graduate of English and French Philology and is a Master in Social Sciences.

PUBLIKA.MD will follow all day the election and will come with information minute by minute.