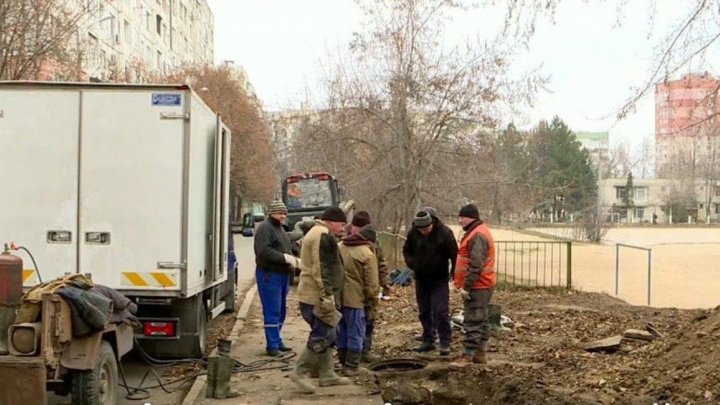 Chisinau's water supply scheme becomes worn out and must be changed urgently. However, the most acute problem is attested on the historical center's streets, according to the representatives of the Company “Apa-Canal Chisinau”.

The authorities promise they will change nearly 7% of the total length of networks but the budget is insufficient for larger works.

In recent years, the residents of Andrei Doga St. in Râşcani district have to suffer from water shortages more frequently. The 50-year-old worn pipes are no longer resistant while the leakage is getting worse. The block's yards are always filled with water leaking from the pipes before workers of the Apa-Canal Chisinau arrive to repair.

Over 170 km of water pipelines and 7 km of sewerage networks will be changed in Chisinau by 2020 autumn.

The works started in 2017 and are part of a comprehensive program that provides for the modernization of water supply services in Chisinau municipality.

The total value of the project is almost 60 million euros. Part of the amount was offered by the European Union in grant and the rest of the money was borrowed from the European Bank for Reconstruction and Development (EBRD) and the European Investment Bank (EIB).

The total length of the water networks in the municipality of Chisinau is almost 2000 kilometers and of the sewerage networks - over 1100 kilometers.