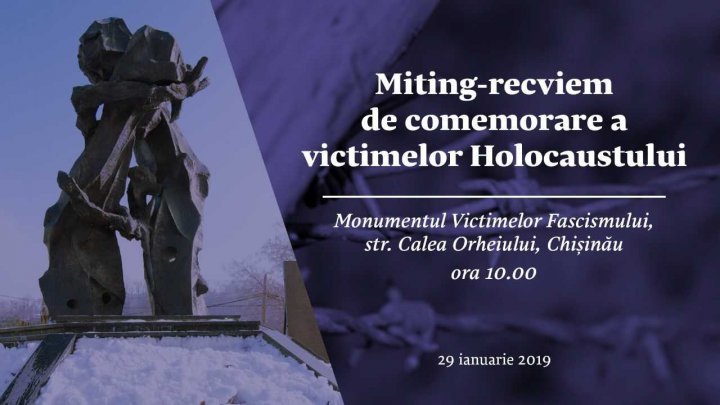 The Parliament, in partnership with the Jewish Community of Moldova and the Government of the Republic of Moldova, organizes on January 29th a series of events dedicated to commemorating the victims of the Holocaust.

Andrian Candu, President of the Parliament, together with the Jewish community, representatives of the Romani community invited from abroad and officials from the Republic of Moldova will participate, on January 29, at 10:00, at the ceremony of commemorating the victims of the Holocaust.

"The State of Moldova has learned the lesson of the past and has understood to act against forgetting any forms of intolerance, discrimination, racism, anti-Semitism and xenophobia. Remembrance actions for Holocaust victims are the expression of the duty to recognize and assume the crimes committed against the Jewish community and the Romani community. We are obliged to understand the lessons of the past, never to admit their repetition", said Andrian Candu.

All those who can come to this day are expected to see the Monument of the Fascism Victims, from Calea Orheiului Street.
AFLĂ imediat Știrile Publika.MD. Intră pe Telegram