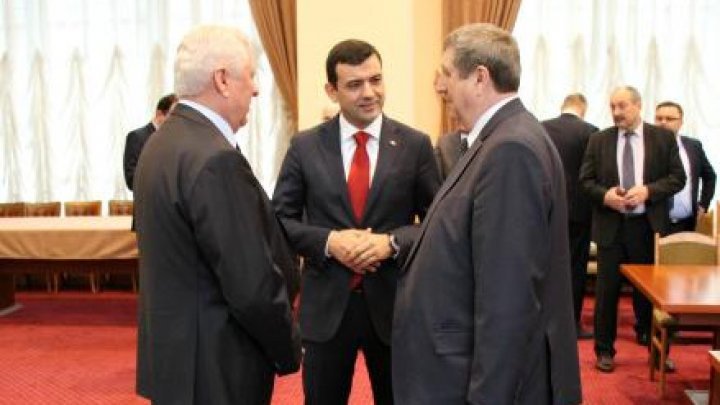 Priority was given to the work of the 19th meeting of the Joint Inter-governmental Commission for Trade and Economic Cooperation, an important platform for discussions on the development of bilateral relations in various fields, such as commercial, economic, transport, investment . The meeting of the Joint Commission is scheduled for early June in Chisinau.

During the talks, the parties reiterated the importance of signing between the two states of the Agreements on liberalization of air transport and freight transport, emphasizing that these provisions will raise Moldovan-Belarusian relations to a higher level.

According to the Minister of Economy and Infrastructure, the liberalization of transport will allow freight carriers to circulate freely, without restrictions, and will increase the trade exchange between the two states.

Chiril Gaburici spoke about the road infrastructure - a priority of the Ministry of Economy and Infrastructure.

"For Moldova, the maintenance and modernization of the road sector and the implementation of the motorway reconstruction and extension projects is a priority, and the Belarusian experience in this area is an advantage and a point of support for our country," the minister said.

For his part, Mihai Rusîi expressed his openness for the continuation of the constructive dialogue at all levels, highlighting the successful cooperation between the two states in the field of tractor and trolleybuses assembling.

In this context, Chiril Gaburici informed the Belarusian official about the positive evolution of the automotive sector, which is an important brand of the national economy, expressing its openness for the initiation and development of joint projects in this field.

"In the automotive sector, we have investments of 15 top companies from Germany, USA, Japan, Austria, Italy.

The volume of exports to this industry is over 400 million dollars, accounting for over 20% of total exports.

In other words, Moldova is a major supplier of raw materials for the automotive industry and lately there is a growing interest from international companies, "the Minister of Economy and Infrastructure said.

Also, Chiril Gaburici and Mihail Rusîi have welcomed the activity of the BELO-MOL TRADING Trade Office, which ensures the interaction between the governmental agencies of Belarus and Moldova with economic agents from both countries, for the strengthening of the Moldovan-Belarusian economic relations.

In Moldova there are 91 enterprises with a capital of 3.78 million lei. The volume of foreign trade of Moldova with Belarus in the year 2017 amounted to 224.67 million dollars, increasing by 9.69% as compared to 2016.