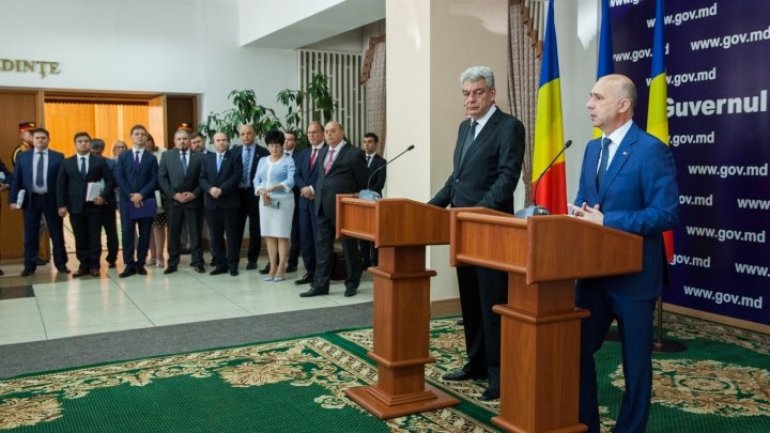 A joint meeting of the Moldovan and Romanian Governments will take place in Chisinau in November, this's been announced by Mihai Gribincea, Ambassador of the Republic of Moldova in Bucharest, writes romanialibera.ro.

The announcement was made at the conference "Excellence in Business", organized by the Moldova-Romania Bilateral Chamber of Commerce and Industry.

Also, the meeting of the mixed intergovernmental commission for economic cooperation between two countries took place in Bucharest between 11 - 12 October.

Ambassador Gribincea said that "in the complexity of political situation in Chisinau," the relations between the two countries are very good.

"Obviously what Moldova's managed to achieve in these years of independence would have been impossible without the support of the partner countries, first of all from Romania, we share the same identity, language, culture and historical past. The most hopeful partner of the Republic of Moldova  remains Romania, "said Ambassador Mihai Gribincea.

According to him, "Today Romania is the main trading partner of the Republic of Moldova and we want Bucharest to remain this position. More than 1,600 Romanian capital companies operate in Moldova and we encourage Romanian companies to further invest."

Ambassador Mihai Gribincea also reminded that in September Romania transferred the last tranche of a 150 million euro loan to the Republic of Moldova.