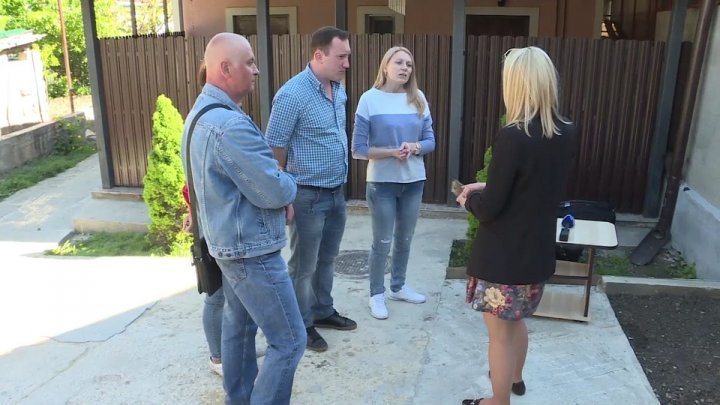 Inhabitants of a multi-apartment house on Mateevici Street in the Capital have complained that they are being terrorized by a former employee from the City Hall.

People say it all started two years ago when the employee bought part of the house they live in and proposed to neighbors to sell the rest of their apartments. The tenants refused, and the former Chief of the Privatization Directorate of the Chisinau City Hall would have started to trouble them. Raisa Timofei, however, rejects all allegations.

"Raisa Timofei bought three apartments, and instead of getting along with us as neighbors, she started pushing us to leave," said the tenant.

"The tranquility is disturbed from the morning to the evening and she curses you if you make observation".

Residents also claim to be terrorized by other methods:

"At two o'clock in the morning, two young men came and they destroyed our windows with the axes."

Raisa Timofei denies all allegations and says she has signed contracts with her tenants: "I pay taxes, I do not make any disasters, I did not do any inconvenience, they simply can not accept others".

The former employee of the City Hall claims that she was actually the victim and that the misunderstandings started when she refused to agree to the construction of three more floors above the house.