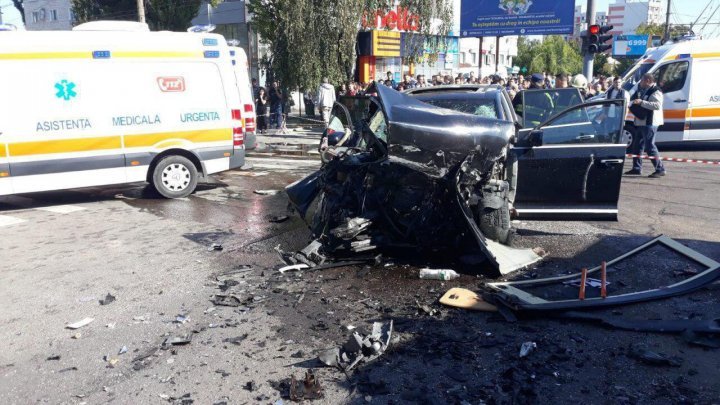 Dozens of people injured in the Monday horrible accident on Alba Iulia st. remain under supervision of doctors. The female driver of Porsche car which rammed into the trolleybus was also hospitalized in the intensive care unit.

Prime Minister Maia Sandu called for an urgent meeting at the Internal Affairs Ministry yesterday. The responsible bodies will clarify all circumstances of this accident and mobilize all supports necessary for the victims.

As Publika informed on Monday, at around 14:00, a road accident occurred at the intersection of O.Ghibu st. and Alba Iulia st. (Buiucani sector) between a trolleybus no. 21 and a Porsche car.

The car driver sped up and rammed into the trolleybus full of people, witness said.

According to General Police Inspectorate's preliminary information, she sped up until 120 km per hour and tried to cross the intersection at the red traffic light.

After the accident happened, internet users immediately published some evidence which showed that she previously provoked other accidents.

In this video, she crashed through fence and nearly hit a house a year a go.

In another video, she was apparently drunk at the wheel of her car.

This 33-year-old driver used to be sentenced to 6 months in jail for provoking an accident in 2018. According to a police's source, on 29/10/2017, she collided with another car which was going by book. She was driving after drinking that night.

Read also: Witness on Porsche car female driver: She was speeding up, she was flying!