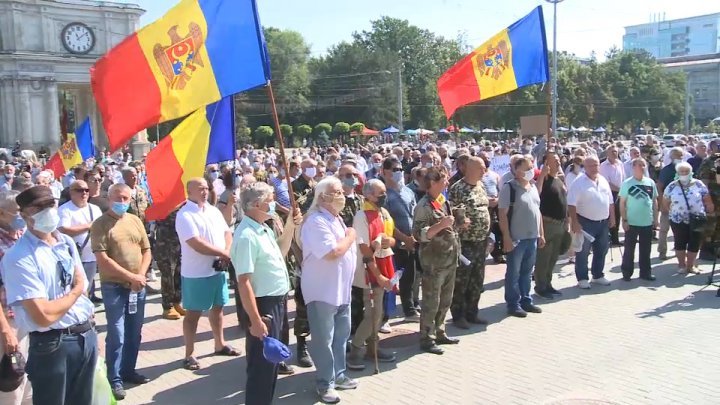 About 100 people took to the street for an anti-government protest in the center of Chisinau. Among the protesters were war veterans and farmers, who demanded the resignation of the government and President Dodon, whom they accuse of incompetence and irresponsibility, in the context of the pandemic and socio-economic crisis.

The government and the presidency have not yet responded to the protesters' accusations.

"We demand the resignation of the government, the president and the majority of anti-national lawmakers "said Vasile Proca, Protest Organizer.

Asked by Publika, the Prime Minister's spokesman, Boris Harea, said that he was driving and couldn't speak. The officials from the presidency's press service could not be contacted.

We have not received any response from these two institutions after sending official letters requesting further comment.