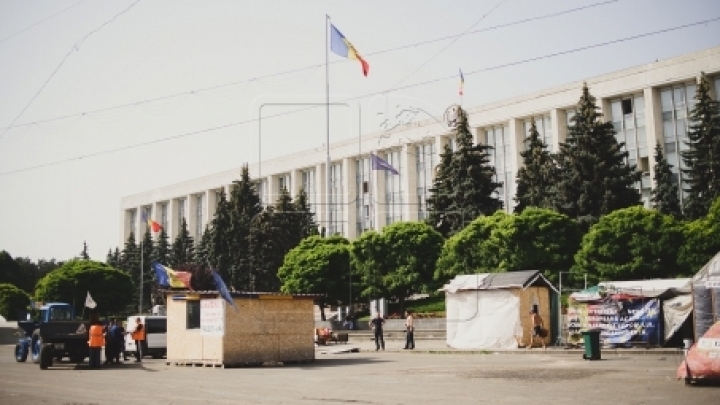 The Capital dwellers demand back the Great National Assembly Square. The people say they want no seeing the tents installed in front of the Government building by Dignity and Truth Party, backed by the fugitive convicts Victor and Viorel Ţopa.

The people say the protesters have turned the city’s downtown to a camp and are ready to sign a petition asking for freeing the square.

The fate of the city could be decided even today by the Centru sector court, which is to consider the City Hall’s request on dismantling the tents.

The people’s discontent with the actions of the Dignity and Truth Party is also mirrored in opinion polls, which point out a continuous fall in the trust in the party led by the Topa fugitive gangsters, and in its leader Andrei Năstase.

The City Hall demands the protesters to uninstall their tents in order to repair the road. On the Independence Day (27 August) the authorities plan to organize a series of events related to the 25th anniversary of the Moldovan State.