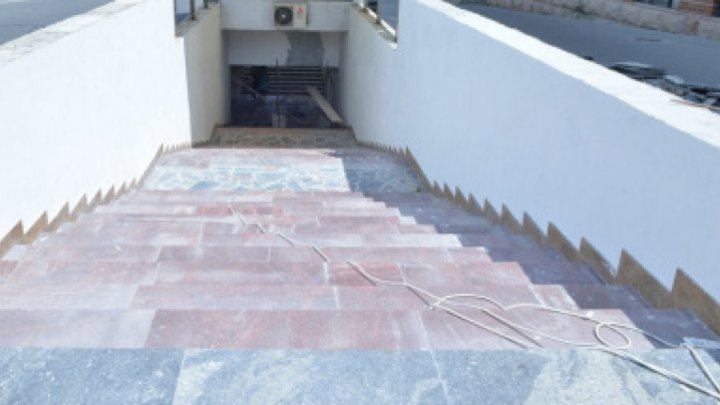 It seems impossible for wheelchair users to move through the underground passage near the Hospital no.1 in Chisinau. Although millions of lei was spent on the repair, no one took into account that the ramp is too steep for pedestrians using wheelchair.

The platform has an inclination of about 30 degrees and not 8, as required by the rules.

Marina Vechiu has been in a wheelchair since she was a child. He came to Chisinau 8 years ago and is already doing well in the city. However, she refused to enter the underground passage next to Hospital no. 1, on the grounds that it would be too dangerous.

"I certainly won't be able to go down this ramp".

The executive director of the Center for the Rights of Persons with Disabilities, Vitalie Meşter, says that the ramp in question is very dangerous for those with wheelchairs and vision problems. He requested, first of all, that the access on the ramp be blocked.

"We propose two solutions. Either a vertical elevator should be installed to use the passage, or the passage with traffic lights above the road."

"I dread to think how we walk our children in the winter. It'll be really slippery".

Deputy Mayor Victor Chironda told Publika TV that this ramp was built during the Soviet period and has remained non-compliant ever since. The official says that in order to solve the problem, a pedestrian crossing will be arranged above the underground. Until then, pedestrians using wheelchair have to look for a zebra at the nearby intersections, if they want to cross Dacia Boulevard.

The mayor of Chisinau promised during the election campaign that he would repair all the undergrounds in the city during his term. The budget for this year does not provide money for this, but the works are paid for by economic agents within public-private partnerships.