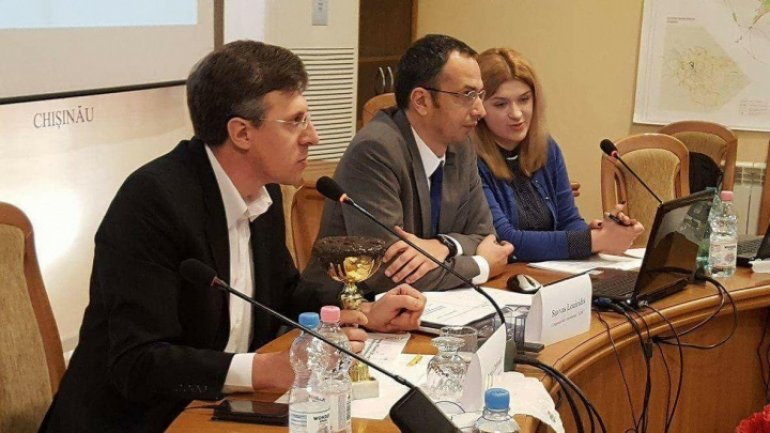 The Socialist councilors from the Chisinau Council filled a cup with dirt and put it on the table of the mayor. They said they thus awarded Dorin Chirtoacă for the dirty streets in the city, as the snow had melted.

"Chișinău has changed a lot these years due to our mayor. Taking into account the townsfolk’s request, we want to congratulate you," said Socialist councilor Vitalie Mucan.

Dorin Chirtoacă showed himself unhappy with the Socialists’ gesture: "Beware! I may hit you again!”

“I have no problem with the dirt. Since 2007, we’ve been getting out of the shit you had stuck us into, by building that water cleansing plant, unprofessionally, and it has stunk for 50 years. We’ll get out of the dirt, too," mayor Dorin Chirtoacă said.