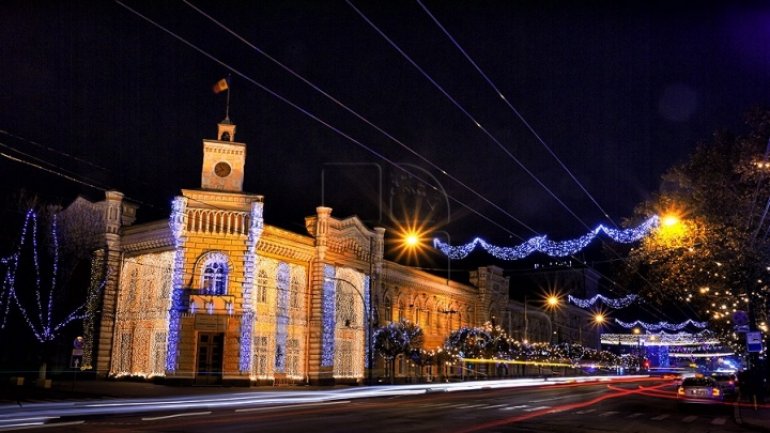 Romanian entertainer Ştefan Bănică jr. will give his performance on the Great Assembly Square Chisinau (PMAN) on the City Day, October 14. He will have a recital with Advahov Brothers Orchestra and Alex Calancea Band.

There will be fireworks in the event as well.

This was announced by the Head of the City Hall's press service, Vadim Brânzaniuc, at the organization's operational meeting, IPN reports.

The City Day will start with flower deposits at monument Stefan Cel Mare at 8:30.

The main event starts at 11:30 on the square of the Metropolitan Cathedral. Besides, the international dance festival "Hai la joc" will be held on the Great Assembly Square Chisinau.

By 12:00, the cultural and artistic program will begin on the arranged platforms within the streets of Mihai Viteazul and Ismail streets.

By 14:00, an artistic program will be presented by representatives of the educational institutions in Chisinau.

By 18:00, on PMAN, a concert dedicated to the City Day will begin, which will last until midnight. In addition to Ştefan Bănică jr., The Advahov Brothers Orchestra and Alex Calancea Band, other performers will perform folk music, classical and light music. Participation in the celebration was confirmed by 14 delegations from abroad.

The deputy head of the Municipal Police Directorate, Silviu Musuc, said that the traffic on Stefan cel Mare Boulevard will be stopped as early as the eve, but also on October 14th. The consumption of alcohol will not be allowed in the PMAN.

This year, Chisinau celebrates 581 years since the first attestation.