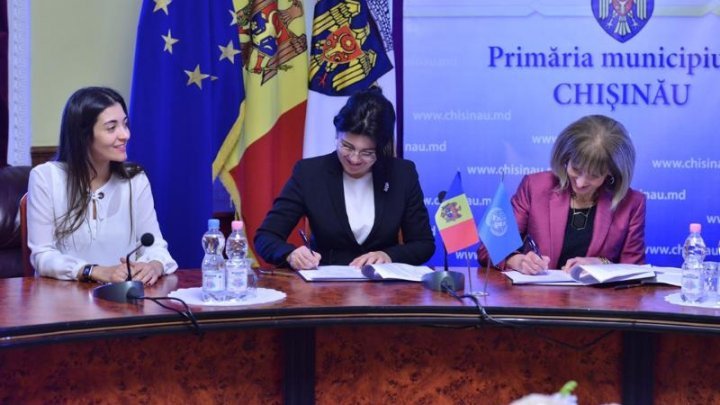 For the first time in Moldova, the project will support the creation of Green City Lab for innovation in local services, which will guide the transformation of Chisinau and other urban centers into modern, green and smart European cities.

"It's time to think more about environment, to ensure the sustainable development of the city. Ecological growth needs to be one of principle objectives of the local government,"said Chisinau Acting Mayor, Silvia Radu.

Additionally, Chisinau municipality will be assisted in planning the urban mobility, involving the population and the private sector in extensive consultations and thematic debates.

As a result of the pilot projects, 200,000 tons of CO2 equivalent will be reduced, which would equal more than 42,000 vehicles per year or the planting and growth of approximately 2600 ha of forest over ten years.

According to the 2014 data, Moldova is the least urbanized European country, with more than 55% of the population living in rural areas.

This situation is changing rapidly with an expected reduction in the share of the rural population to 50% by 2030 and 40% by 2050.

Under these conditions, by 2030, Chisinau will host more than half of the entire urban population in Moldova, which will increase pressure on infrastructure and services, while creating considerable social and environmental challenges.

Under the Paris agreement, Moldova has committed to unconditionally reduce greenhouse gas emissions by at least 64% by 2030 compared to 1990 levels.