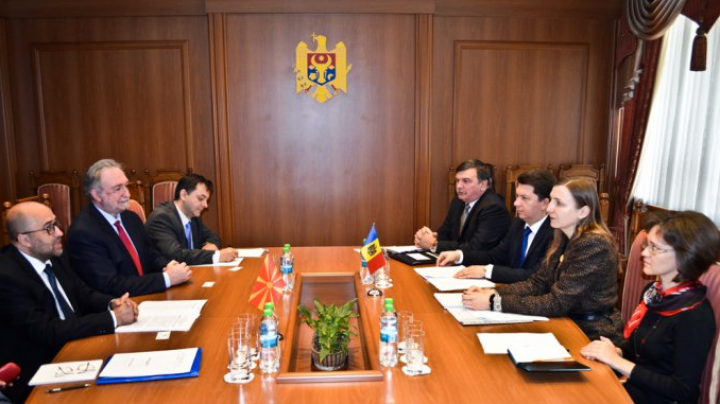 Moldovan-Macedonian inter-ministerial consultations between deputy foreign ministers were held in Chisinau today. The delegation of Macedonia’s Foreign Ministry was led by Deputy Minister Ilija Isajlovski, and the one of Moldova – by Deputy Minister Daniela Morari, Moldpres reports.

The deputy ministers tackled up-to-date subjects on the agenda of the bilateral ties, boosting the political dialogue, bolstering the trade and economic exchanges and opportunity to sign an agreement in the economic sector, cooperation in the education and culture area, extending the bilateral legal framework, as well as a string of projects of common interest.

Also, the sides exchanged opinions on the process of both states’ European integration, cooperation within international institutions and regional initiatives.

The diplomatic relations between Moldova and Macedonia were established on 27 January 1995.