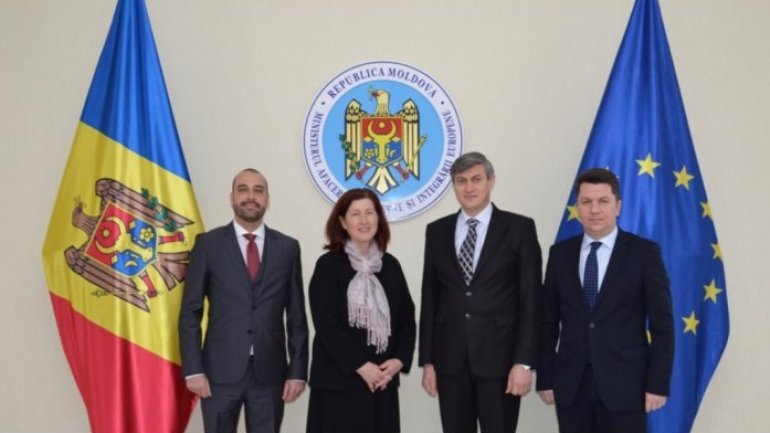 The sides exchanged consistent views on the current state of cooperation between Moldova and Canada, developments in the region, implementation of the EU-Moldova Association Agreement, as well as prospects for developing bilateral relations in various fields of common interest.

The visit of Alison LeClaire to Chisinau occasioned conducting the Moldovan-Canadian political consultations for the first time ever. The event provided a good opportunity for reviewing developments in the political dialogue and cooperation at the parliamentary assistance projects implemented by Canadian partners in Moldova, mutual support in international organizations, the importance of strengthening the bilateral legal framework and prospects of enhancing the commercial and economic cooperation.

In this context, the parties agreed on signing the Agreement on the protection and promotion of investments, intensifying bilateral high-level visits and conduct more events on celebrating the 25th anniversary of diplomatic relations, during the period of year 2017.
AFLĂ imediat Știrile Publika.MD. Intră pe Telegram