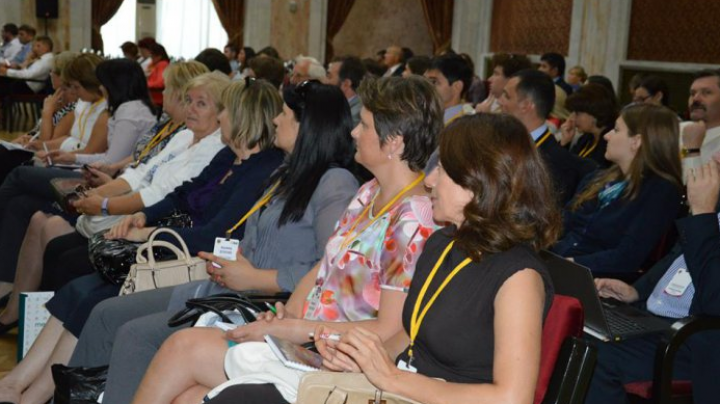 Moldovan citizens residing abroad participate in Diaspora Congress during two days at the Palace of the Republic. The event offers the platform necessary for multilateral talks between government and diaspora on policies for diaspora, impact of migration on economic, social, academic and political processes in the country, as well as impact of policies elaborated by government on diaspora, the Diaspora Relations Bureau (BRD) has reported.

The event is organized by BRD of the State Chancellery under the auspices of the government within Diaspora Days and in the context of the 25th anniversary of Moldova’s independence, informs Moldpres.

On the first day of the event, three workshops will take place. They are meant to create a constructive dialogue between representatives of diaspora and government in order to identify problems faced by diaspora and the need to involve the central and local authorities in settling them. Four workshops are planned for the second day of the congress. Also, a plenary session will be organized on the same day and then a congress resolution will be adopted.

During two days, different issues will be approached, including the role of diaspora associations and associations of natives in developing the local communities, as well as challenges faced by the diaspora representatives in carrying out philanthropic activities, efficiency for accessing a crowdfunding platform to cover financial means for strengthening diaspora and actively involving in joint projects, meant to develop Moldova, diaspora vote, effects of migration.

In 2016, the diaspora representatives, winners of grant programmes, Diaspora Engagement Hub, will be highlighted at the workshop, Diaspora in action, on 20 August.