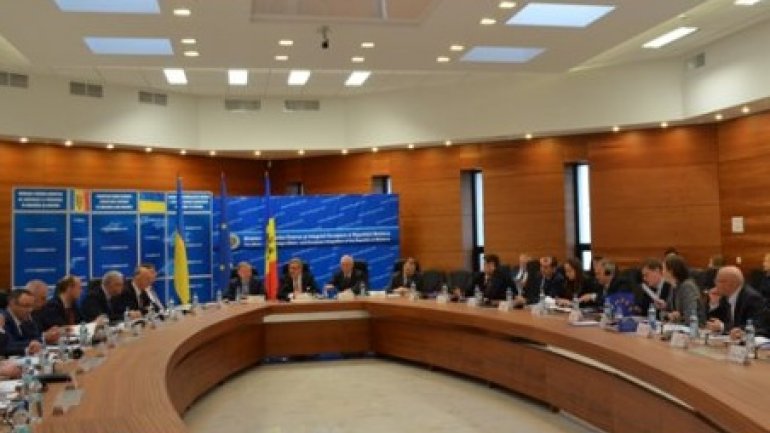 The 27th meeting of Consultative Council of the EU Border Assistance Mission to Moldova and Ukraine (EUBAM) took place at the Foreign and European Integration Ministry on 21 November, Moldpres reports.

The national delegations of Moldova and Ukraine were headed by Daniela Morari, Deputy Foreign and European Integration Minister of Moldova, and respectively, Serhy Saienko, Deputy Head of Ukrainian Foreign Ministry’s Department of European Union. The delegations included representatives of the Customs Service, Border Police Department, Bureau for Reintegration, General Police Inspectorate and Bureau for Migration and Asylum and the homologous institutions from both countries. Also, attending the event were representatives of EUBAM partner international organizations: OSCE, International Organisation for Migration, UNDP.

The sides unveiled an activity report of EUBAM for May-November 2016, main results recorded in integrated border management and customs cooperation, as well as the implementation of reforms seen in the Association Agreement, including component on the Deep and Comprehensive Free Trade Agreement. Also, they underlined the EUBAM’s priorities for the second year of current mandate.

At the same time, the agenda of talks included the issue related to the EUBAM’s future after concluding its current mandate on 30 November 2017.

After the meeting of the Consultative Council, a technical meeting was held as regards the results of joint assessments of border control procedures from Moldova and Ukraine, launch of joint border control points, as well as achievements recorded in trade facilitation by both countries.

Next meeting in this format will take place in Odessa in May 2017.
AFLĂ imediat Știrile Publika.MD. Intră pe Telegram