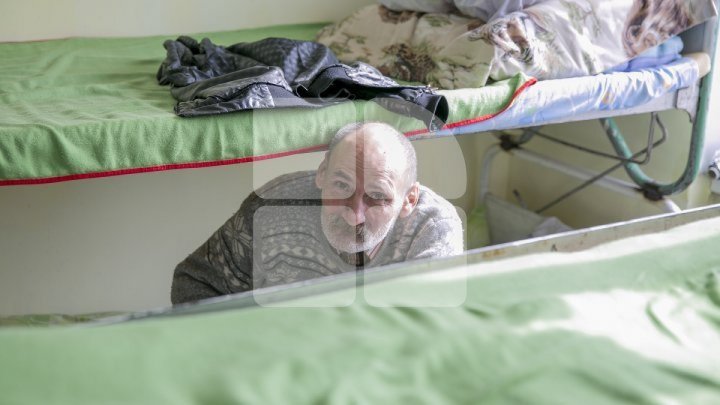 Several beneficiaries of a Chisinau center for the accommodation of homeless persons have accused the center's administration of stealing their food and they were kicked out for no apparent reason. They appealed the Chisinau City Hall for justice. In reply, the deputy mayor Angela Cutasevici said an investigation would be initiated.

Victor Prodan had been staying in the center for over a month before being chucked out for his aggressiveness and failure to follow the center's rules. The man accused the institution of stealing the homeless's food and debarring people after a certain hour.

"They refused to give people the food they should have given. We were left out to the frost. We can't enter the center after 20:00. They kicked me out for no reason. They said I was aggressive. No, I'm not!", said a beneficiary.

"The food is transported by a catering company. It's not prepared at the center. The quantity transported depends on the number of people staying here. It's absolutely impossible to steal the food. We will have a discussion with City Hall councilors regarding this topic", stressed Onisim Harea.

Deputy Mayor of the Capital Angela Cutasevici said that the City Hall will monitor this case.

"We will initiate a service investigation, case by case basically. We will ensure the social integration of these people".