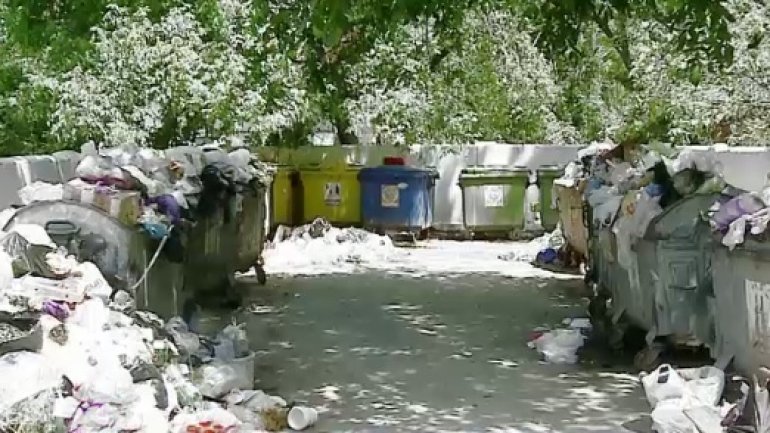 A protest has been organized in from of the headquarters of he Liberal Party. A group of supporters and members of PSRM have brought bags full of garbage in front of the building.

The actions aims to show the indignation over the fact the the garbage wasn't evacuated for days. As a result, the PSRM municipal council Victor Poleacov and PL spokesman Ion Puscas have started to curse at each other.

The Socialist has accused the Liberals of not evacuating the garbage intentionally, in order to prove that things are getting worse without the mayor.

In response, Puscas said that the projects can't be approved because the Socialists refuse to attend the meetings.

The Socialist wasn't pleased that there was no responsible person at the protest.

"They have sent a citizen who can barely explain something to our citizens", said PSRM member, Victor Poleacov.

Following the scandal, the Liberals handed the garbage to the headquarters of the Socialist Party. The moment was captured by Ion Puscas and published on his social network.