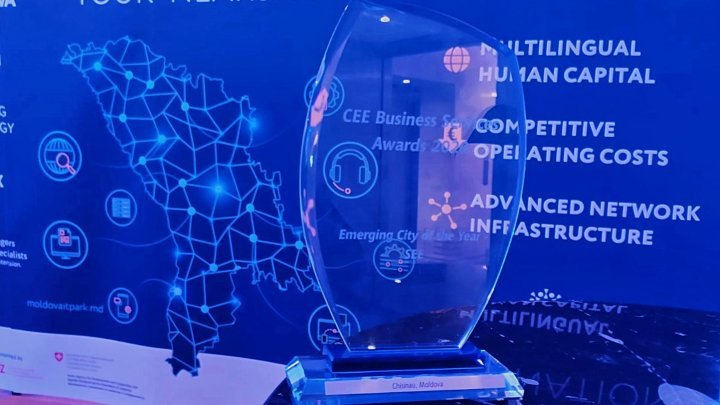 Chisinau has been distinguished as the city of the year in South-East Europe for the IT sector support and development.

The Moldovan Capital won the "Emerging city of the year in SEE" award, overtaking cities such as Tbilisi and Sofia, in one of the most important conferences held in Warsaw, Poland.

The distinction was granted by a jury composed of nearly 30 representatives of the largest global companies in the field.