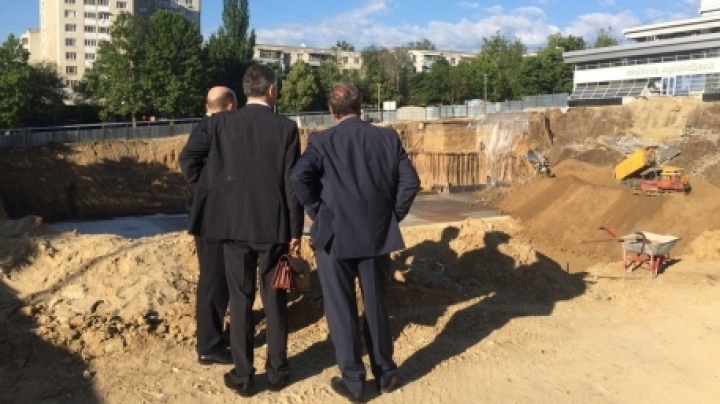 The main cause of the construction slide on Miron Costin street in Rascani sector might be the use of metal poles, used for protection, that did not resist to the quantity of water gathered after the rains. This is the opinion of deputy mayor, Nistor Grozavu.

According to the deputy mayor, at the beginning, in the project was specified that for protection will be used concrete poles. But it was modified because of time and financial resources.

Moreover, the waste from constructions, gathered in the same place, has led to the landslide.

Still, Nistor Grozavu has declared that both methods of protection of the site may be used efficiently and the decision is taken by the designer.

The deputy mayor also mentioned the beneficiaries of the construction. According to him, the general beneficiary is ABC Gurmandis, general contractor is D&D, the foundation pit was dug by DTV Invest, and the poles were put by Magic SRL.

Nistor Grozavu has also mentioned that tomorrow will be started inspections on construction sites in Chisinau.

Dorin Chirtoaca has mentioned the necessity to change the law in construction. Chirtoaca has requested that all documents similar to the project on Miron Costin street should be denied.