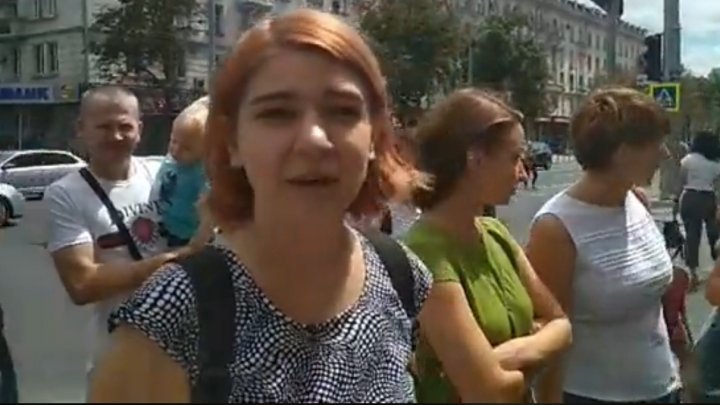 After long discussion of protesters in front of Chisinau City Hall, Adrian Talmaci, the new Interim Chisinau Mayor exited the building and talked with the protesters outside. According to the official, a City Hall meeting will be organized next Monday at 14:00 with the press presence.

Moreover, he said that the decisions taken at the meeting will be publicized on the institution website.

Protest at the Chisinau City Hall. Many young people show their outrage when Adrian Talmaci is chosen Chisinau Interim Mayor and claim the institution transparency disappeared.