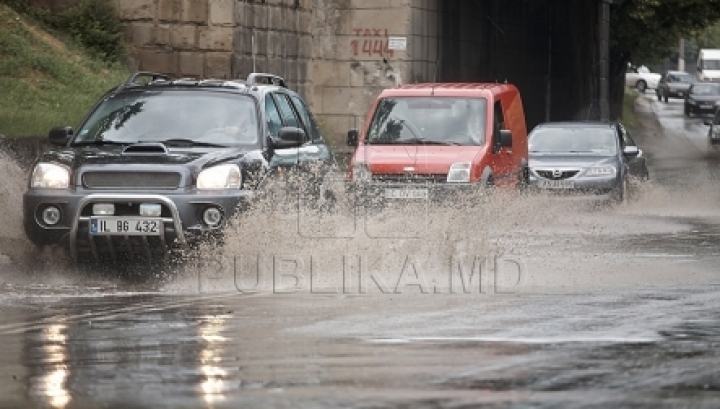 The Chisinau City Hall has assessed the damages caused by the heavy rain on May 31, 2016. 7,740 sq.m of asphalt have been damaged, 2.5 million lei are needed to restore the roads.

In order to clean the streets and evacuate the dirt brought by the waters, about MDL 240,000 will be spent. As the weather will get back to normal, the workers will start cleaning the roads.

The recent rains have also destroyed the roofs of several blocks of flats in the city with a total area of over 10,000 sq.m.

According to specialists, the precipitations fallen in the last 24 hours exceed half of the monthly average. Still, no problems were noticed in Chisinau regarding the public transport or the proper functioning of sewerage.

All the roads are functional, as the public transport is running normally, except on Stefan cel Mare blvd. The buses and trolleys were made to run on parallel streets.