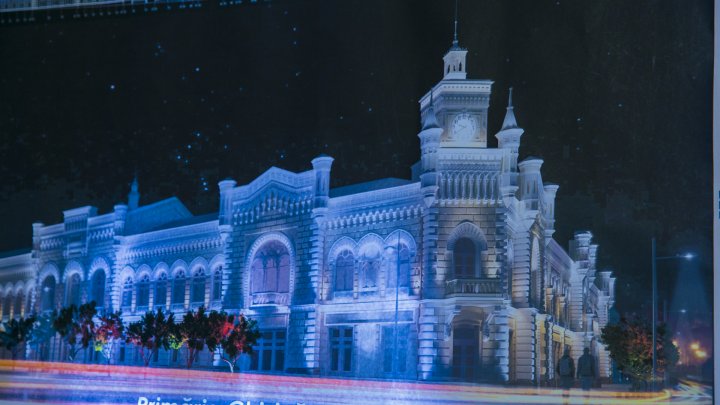 More three buildings will be illuminated at the nighttime on the project 'Chisinau by night - A city of lights'.

These are National Palace Nicolae Sulac, the National Museum of Ethnography and Natural History, as well as the National Opera and Ballet Theater Maria Bieșu.

The selection was made in a competition, attended by 25 young architects.

City Hall will finance the illuminations which amounts to 100,000 lei. They will be also guided by a team of French specialists.

"It would be great if these projects will be inaugurated with Chisinau City Day", stated Ion Ştefăniţă, non-affiliated advisor.

The illumination is part of 'Chisinau by night - A city of lights' project which help the Capital brighten at the nighttime. The authors of project wish to promote the image of city and organize a festival of lights in 2019 as in other cities all over the world.

"We're sure that we'll manage to organize a beautiful festival and write Chisinau on the map of European cities with the festival of lights which will attract increasing tourists", said the Acting Mayor of Chisinau, Silvia Radu.

The project began in September 2016. Since then, 25 historic buildings have been illuminated at night.