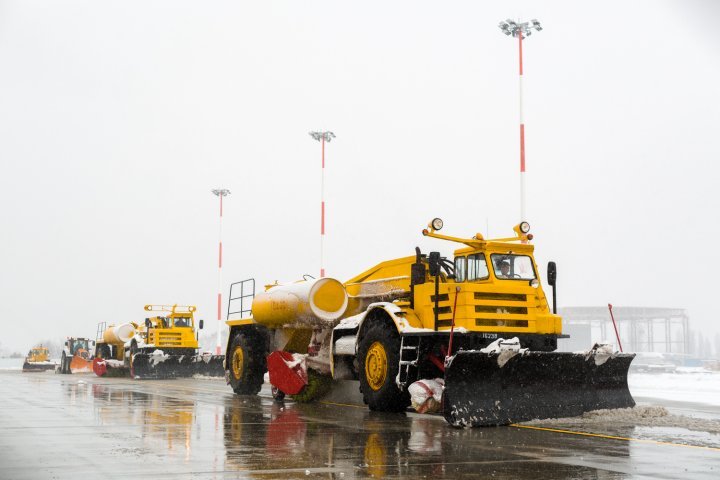 Winter service vehicles are operating at maximum speed along with heavy snowfall at the airport in Chisinau.

Around 30 tonnes of liquid reagents and 25 tons of granular reagents as well as modern snow-removing equipment have been applied constantly so as to ensure optimal conditions for safe operation of flights at Chisinau Airport .

At the moment, Chisinau International Airport has over 25 multifunctional machines ready to intervene in emergency situations caused by the weather conditions.

Despite the snowfall recorded on March 18, 2018 in Chisinau, no flight operated from Chisinau Airport was canceled in connection with snow removal activity at the Chisinau International Airport.

At present, snow is cleared from the entire surface of  operation.