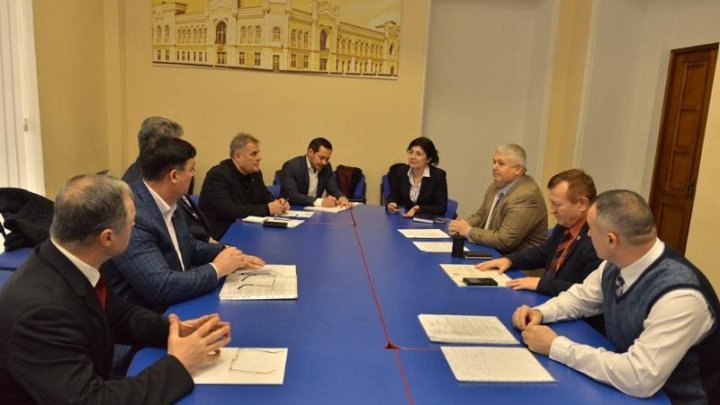 Chisinau Acting Mayor Silvia Radu and Deputy Mayor Ruslan Codreanu had a meeting today with representatives of War Veteran Association from the municipality.

The discussion focused on the most important issues concerning the activities of veteran associations and their members, including the organization of commemoration activities for the fallen in the Afghanistan war and the Nistru battles, respectively.

Also, during the meeting, the issue of war veterans' housing and the enforcement of judgments, including ECHR decisions, was addressed.

Additionally, the representatives of the war veterans' associations and unions have called for the involvement of local public authorities in the planning and sanitation of the square of the Râşcani Memorial Complex, which in recent years has been transformed into a trade for street vendors.

War veterans have expressed their willingness to work with the Chisinau City Hall in order to solve the pressing problems faced by the city, as well as those who have fought in various armed conflicts.

In this context, the Interim Mayor, Silvia Radu, appreciated the initiative to organize such meetings, stressing that the dialogue will also identify solutions to the issues addressed. She said she had already signed the disposition to commemorate the fallen in the Afghanistan war, and gave the necessary instructions to organize the activities properly for February 15 and March 2, respectively.

Silvia Radu mentioned that she would request Râşcani sector to take the necessary actions to arrange the memorial complex on the bd. Moscow.

Additionally, the mayor informed that the Chisinau City Hall is working with the Government on the subject of housing with persons who won files at the European Court of Human Rights.

In order to ensure an effective dialogue between the war veterans' associations and the local public authorities, all the problems mentioned will be managed directly by the Deputy Mayor Ruslan Codreanu, who is responsible in the Chisinau City Hall for Social Affairs.
AFLĂ imediat Știrile Publika.MD. Intră pe Telegram