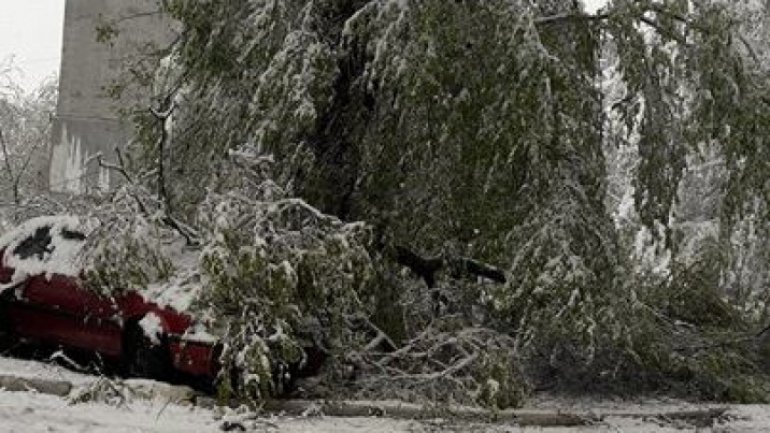 Tens of cars were seriously damaged and hundreds of trees and branches fell to the ground under the snow’s weight.

At least 450 workers from the Capital’s city hall work without breaks.

Botanica, Buiucani and center sectors are the most affected, there have fallen 300 trees and big branches, and the situation worsens from hour to hour.

There were registered about 500 instances of ruptures of trees or of branches on streets or in the housing blocks, and certain trees were snapped right from the root.

Cold weather is forecast for the following days according to the meteorologists. The minimums will decrease till minus four degrees. There will be registered till 11 degrees Celsius in the Capital during daytime.