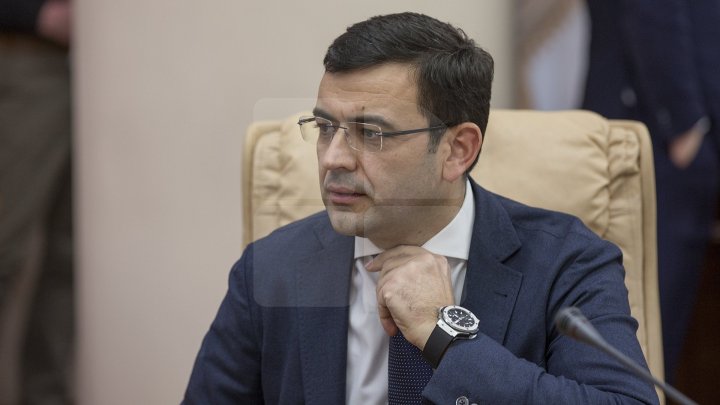 Chiril Gaburici has appreciated the recent commercial relations development and expressed his gratitude to the Embassy of United Kingdom for the offered support in developing Republic of Moldova's economy.

"We hope that United Kingdom will continue assisting Republic of Moldova's Government in implementing reforms, fighting against corruption, reforming the banking system, as well as consolidating the energy security" Minister Chiril Gaburici said.

In this context, Minister of Economy and Infrastructure has appreciated the British Government launching Good Governance Fund on 18 April 2016, that donated over 5 million euro for 8 projects from our country during 2016 - 2017. Among the financed projects counts the public information campaign  about Deep and Comprehensive Free Trade Area, efficient administration of public spending, consolidation of Fiscal Service abilities etc.

In her turn, Her Majesty's Ambassador to the Republic of Moldova, Lucy Joyce showed her appreciation for the existing collaboration between the two states, mentioning that United Kingdom remains a trusted partner for Republic of Moldova and that it will continue offering the necessary support to modernize the national economy.

During the meeting, the officials spoke of British companies participating in the free trade zone activities, industrial park and Moldova IT Park, which offers attractive conditions to foreign investors.

At the moment, in Republic of Moldova activates 235 enterprises with British capital worth around 397 million lei.