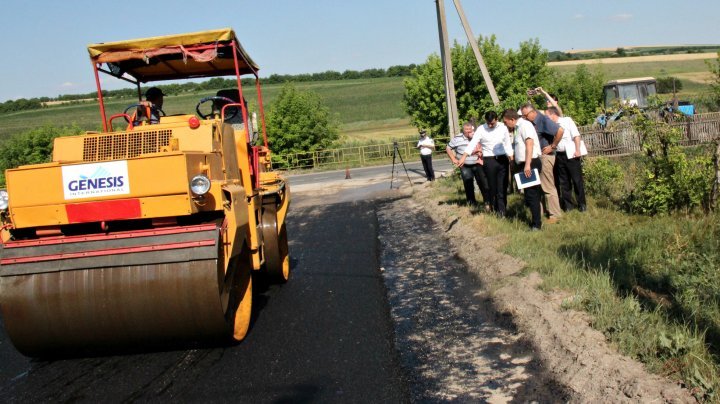 Minister of Economy and Infrastructure has inspected the roadworks from Step-Soci settlement, Orhei, where five adjacent roads were repaired. Chiril Gaburici appreciated that the works were finished before the deadline and requested the entrepreneurs for the works to be of good quality, according to the forwarded terms.

During talks with local public authorities and economic agents, selected to restore the roads, Minister of Economy and Infrastructure mentioned that quality is a priority. Chiril Gaburici urged companies to perform the road repair works well, regardless if its for Good Roads program or other projects.

"We do not wish for this portion to be repaired every year. Once they are well repaired now, they must last for a long period of time" Chiril Gaburici said.

Minister also urged economic agents and authorities to communicate and work together, so that solutions will be found for all encountered difficulties.

"I request local public authorities to actively implicate in the roadworks. There are some portions that are not repaired within the Good Roads for Moldova program, but by the authorities" Minister of Economy and Infrastructure said.

To ensure quality, Chiril Gaburici encouraged locals and authorities to contact the Ministry, as well as competent bodies in case any breaches are found during or after the roadworks.

"If breaches will be found, the economic agents will be obligated to redo the portion using their own money" Minister Gaburici declared.

Within the Good Roads for Moldova will be restored 65 local roads from Orhei, investments being of around 74 million lei. To this point, 17 roads were repaired, while another 13 are currently being worked on.