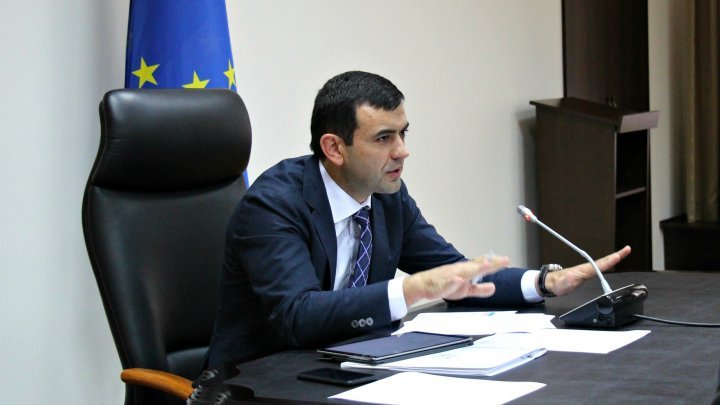 Minister of Economy and Infrastructure, Chiril Gaburici, had a working visit to the Basarabeasca district, where he discussed with the mayors of the district, local councilors, economic agents and citizens about the difficulties they had. Discussions focused on the building of the Basarabeasca railway station, the need for launching inter-city transport and the optimization of local routes, taking into account the small number of passengers, the modernization of the infrastructure, but also the actions taken to support the small and medium-sized enterprises sector.

Chiril Gaburici mentioned that the efforts of the Ministry of Economy and Infrastructure are aimed at improving the business environment and creating favorable conditions to economic agents.

"I encourage you to apply to projects launched by development partners and the government to get grants that would allow you to launch and develop businesses," the official reiterated.

Accordingly, the Minister informed that starting in June, the single window for the issuance of permissive acts will begin in all districts.

"The single window means reducing bureaucracy, less spending and less time. Multi-functional Centers, which will provide public services previously offered by five state-owned enterprises: the Registry, the State Registration Chamber, the Civil Status Service The Chamber of Licensing. For the purpose of requesting any act, the citizen will only present the identity card ", mentioned Chiril Gaburici.

Referring to frequent disconnections of electricity, the minister said he would ask the State Energy Inspectorate to examine the situation and to come up with the measures to be taken to solve this problem. In this context, the Minister mentioned that one of the priorities of the Ministry of Economy and Infrastructure is to increase energy security, diversify energy sources, promote renewable energy.

Also, Chiril Gaburici made a short presentation of the projects launched by the Government and the initiated reforms, including "Good Roads for Moldova" and "First House".

"Moldova is not just Chisinau, but all our villages. We work for the comfort of our citizens, who have to have good roads, access to drinking water and sewer systems, refurbished schools and kindergartens, hospitals equipped with the necessary equipment, quality services, well-paid work, "the Minister of Economy and Infrastructure stressed.

Finally, Minister Chiril Gaburici reiterated that the Government still hopes for an open and constructive dialogue with the local public authorities.

Chiril Gaburici visited the Basarabeasca wagon and discussed with the employees. Also, the Minister of Economy and Infrastructure went to the Basarabeasca customs station, but also to a textile factory with more than 100 employees.

Chiril Gaburici discussed with the workers and the management of the company both the economic reforms and the actions to be taken to double the volume of production and turnover in order to increase the salaries of the employees.
AFLĂ imediat Știrile Publika.MD. Intră pe Telegram