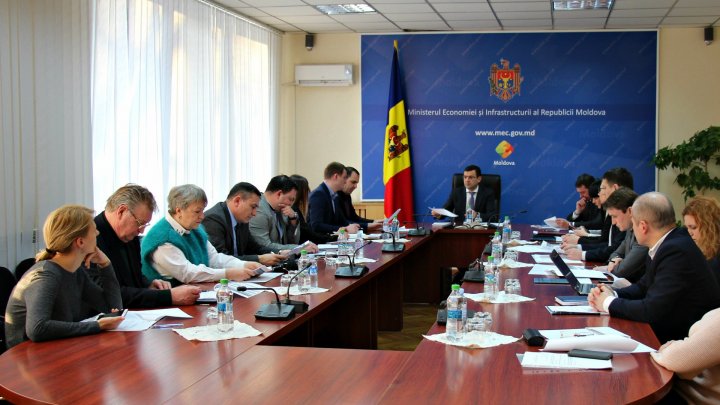 "For MIEPO's activity this year, the IT sector must become a prioritized one. IT sector, IT parks are being developed and must rise on the list of priorities for this year." The declaration was made by Minister of Economy and Infrastructure, Chiril Gaburici, at the Coordination Council of Moldovan Investment and Export Promotion Organization's activity (MIEPO).

According to director Vitalie Zaharia, last year, MIEPO's activity was based on three aims: promoting the country's image, exports and attracting investments. Among the organization's success counts investment programs worth over 4 million US dollars and export worth over 12 million US dollars, as well as the creation of over 2 000 new work places.

With MIEPO's support, over 2 000 local companies have managed to switch to new markets, find business partners and investors. At the same time, 93 international and national events were financed, resulting in dozens of contracts being signed in the agri-food, light industry, car manufacturing, tourism and IT fields.

The main economic events of the year, organized by MIEPO, were "Moldova Automotive Days 2017" and "Moldova Business Week 2017". For a week, investors were informed of the actions the Government took to develop the economy and the successes foreign investors managed to achieve in Republic of Moldova.

Due to "Moldova Business Week 2017", 32 contracts were signed, two of which are worth around 1 million US dollars and, respectively, 500 000 US dollars, as well as at least 10 export contracts.

A new component MIEPO developed in 2017 was the economic diplomacy. Namely, courses were organized to train the diplomatic mission of Republic of Moldova abroad, while the commercial- economic bureaus of the diplomatic missions will become point of contact for potential investors and foreign partners. At the same time, a Guide was elaborated to promote investments and export, which will facilitate annual training courses in Chisinau.

In 2018, for the Program "Export Promotion", MIEPO will allocate a budget of around 32 million lei, thanks to saving up around 10 million lei from the budget for 2017.

The action plan for 2018 is based on a few main aims, such as: fortification of key elements of the framework to attracts and develop investments and promote export, enhancing the industrial, transport and commercial infrastructure quality to lean more toward export, maximize economic beneficiaries and foreign development investors by consolidation of the national economic ties, such as developing the export capacity of local manufacturers.