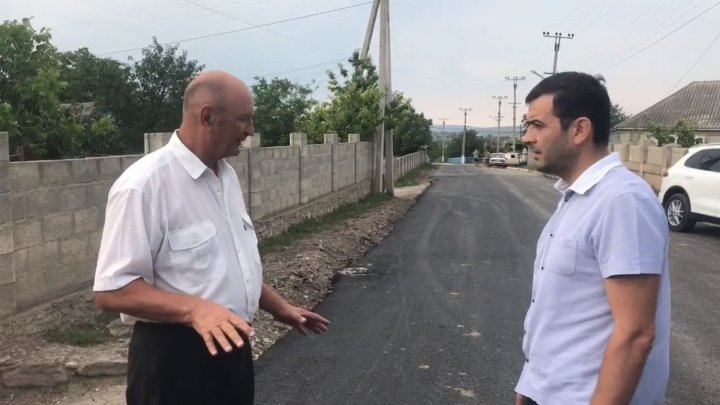 The situation of the road from Vărvăreuca village, Soroca district, came to the attention of the Minister of Economy and Infrastructure, Chiril Gaburici. He went to the locality to observe the situation.

His observation was posted on Facebook page along with a video:

"Yesterday I was on the spot, to make sure everything is fine. But the situation was totally different and speculation was only speculation and we don't know the reasons. Only 20% of the road is ready. The work is done qualitatively. I discussed with ASD yesterday, contractor, executor, village mayor and people on the spot.

I will go in person when the portion is put into operation, only after passing the expertise of the State Road Administration Laboratory and I will check the work and thickness of the asphalt layer, "said Minister of Economy and Infrastructure, Chiril Gaburici.

PUBLIKA.MD reminds that a video has appeared on social network which shows how a new asphalt can be broken by hand. After publishing the images, ASD checked and said the problem would be solved from the company's account.