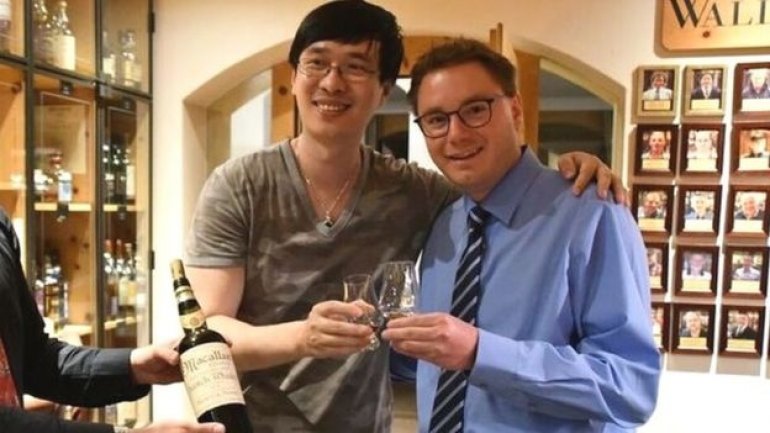 A dram of vintage Scotch bought by a Chinese millionaire in a Swiss hotel bar for £7,600 was a fake, laboratory tests have concluded.

Analysts from Scotland were called in by the Waldhaus Am See hotel in St Moritz after experts questioned the authenticity of the 2cl shot.

It had been poured from an unopened bottle labelled as an 1878 Macallan single malt.

It is believed to be the largest sum ever paid for a poured dram of Scotch.

But analysis found that it was almost certainly not distilled before 1970.

The hotel said it had accepted the findings and reimbursed the customer in full.

But suspicions about the spirit's provenance surfaced soon after the purchase, when whisky industry experts spotted discrepancies in the bottle's cork and label from newspaper articles.

That prompted the Waldhaus to send a sample to Dunfermline-based specialists Rare Whisky 101 (RW101) for analysis.

Carbon dating tests were then carried out by researchers from the University of Oxford, which suggested a 95% probability that the spirit was created between 1970 and 1972.

Further lab tests by Fife-based alcohol analysts Tatlock and Thomson indicated that it was probably a blended Scotch, comprising 60% malt and 40% grain - ruling it out as a single malt.

RW101 said the tests had shown that the bottle was "almost worthless as a collector's item".

Waldhaus manager Sandro Bernasconi told BBC Scotland that the hotel had no idea the bottle was a fake.

He said: "My father bought the bottle of Macallan 25 years ago, when he was manager of this hotel, and it had not been opened.

"When Mr Zhang asked if he could try some, we told him it wasn't for sale. When he said he really wanted to try it, I called my father who told me we could wait another 20 years for a customer like that so we should sell it.

Mr Bernasconi broke the bad news to Mr Zhang when he flew out to China to reimburse him recently.

He added: "When I showed him the results, he was not angry - he thanked me very much for the hotel's honesty and said his experience in Switzerland had been good.

"The result has been a big shock to the system, and we are delighted to have repaid our customer in full as a gesture of goodwill."

RW101 co-founder David Robertson said: "The Waldhaus team did exactly the right thing by trying to authenticate this whisky. We would implore that others in the market do what they can to identify any rogue bottles."