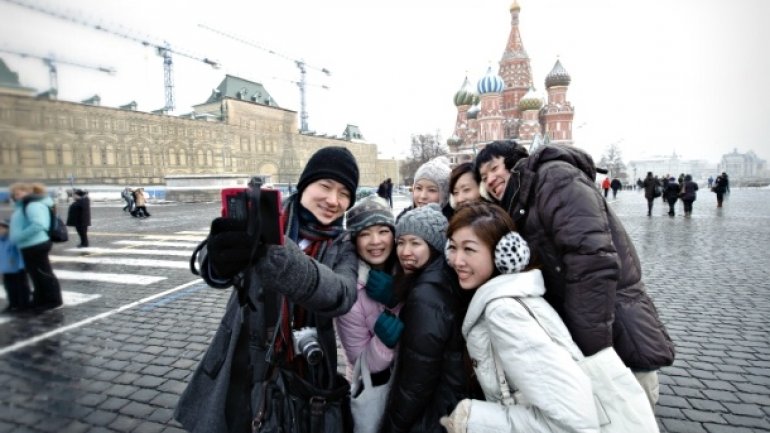 To see how good relations are between Russia and China these days, check out Novodevichy Cemetery in Moscow.

Chinese tourists arrive by the busload each week to pay their respects to Wang Ming, a Chinese Communist leader buried here alongside some of Russia’s most prominent writers, composers and politicians.

“We’re learning about (Vladimir) Lenin and (Josef) Stalin, and how they created this country,” said 39-year-old Cheng Ling, an accountant in Shanghai, as she slid ruble coins along the side of the red granite plinth, a tradition ensuring the dead have money in the afterlife.

Russia’s relations with the West have deteriorated amid the conflicts in Ukraine and Syria and its economy has been battered by punitive sanctions and low oil prices. But the country is welcoming record numbers of Chinese visitors, who are taking advantage of a weak ruble, visa-free group travel, and the opportunity to retrace Communist history.

Red tourism—visiting sites relevant to the Communist Party of China—has flourished under President Xi Jinping, at home and abroad. In June 2015, Russia and China formally agreed on opening up red-tourism routes, a deal signed in Shaoshan, the birthplace of Mao Zedong.

“Travel to Russia is considered politically correct,” said Wolfgang Arlt, director of the China Outbound Tourism Research Institute, which is based in Beijing and Hamburg.

In addition, terror attacks in France and Belgium have unnerved many Chinese travelers, he said. “Russia is seen as a very safe option.”

More than 1.1 million Chinese tourists are expected to visit Russia this year, about 16% more than 2015, according to figures from market-research firm Euromonitor released in June.

That puts Russia at No. 16 on the list of top destinations for Chinese tourists, behind the U.S. and France but ahead of the U.K.