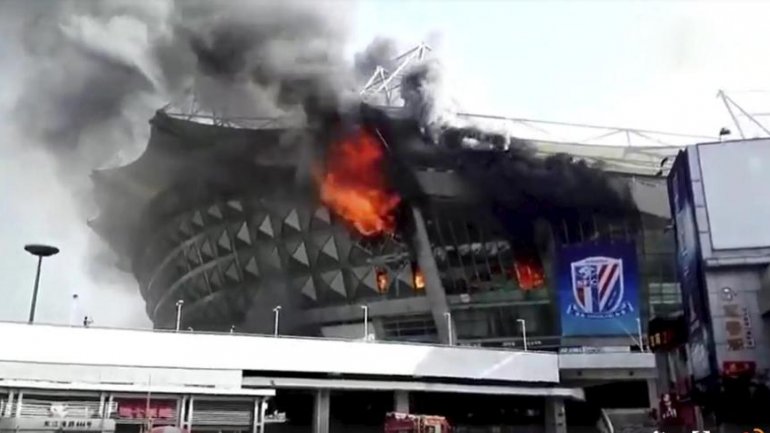 Chinese Super League side Shanghai Shenhua's Hongkou stadium has been damaged by a fire, BBC reports.

There were no casualties reported after the incident on Tuesday morning.

The state news agency said the fire had not affected the stands or the pitch and investigations were continuing into the cause.

Other ex-Premier League players in their squad are Demba Ba and Obafemi Martins.